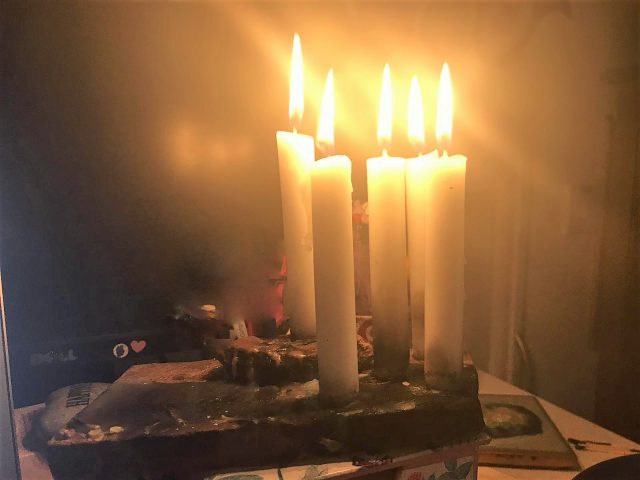 On Sunday 13th December, members of our Youth for Youth Movement gathered for their annual ‘Latkes and Lights’ social on Zoom. In the non-Covid world, those in the north London area would have congregated in-person to light the chanukiah, joined by Belarusian friends on Zoom. This year it was a safe Zoom gathering for all, with members in the UK, Belarus and now the USA. Some of us lit our own candles and we watched a short film of our time together marking Shabbat in Belarus in the summer of 2018.

Maeve Silver has been a part of The Together Plan since the beginning of 2019 and through her experiences in and out of the office, has become passionately interested in Belarus and its Jewish communities. She was inspired by the ethos of the charity and the people who keep it going. Maeve joined The Together Plan to learn about the behind-the-scenes of how a charity operates and to gain potential career experience, and after learning more and more she knew that she had to be a part of it! Maeve is now the Coordinator of Youth for Youth, and she is so thankful to be part of such a strong team, full of people who really make a difference. 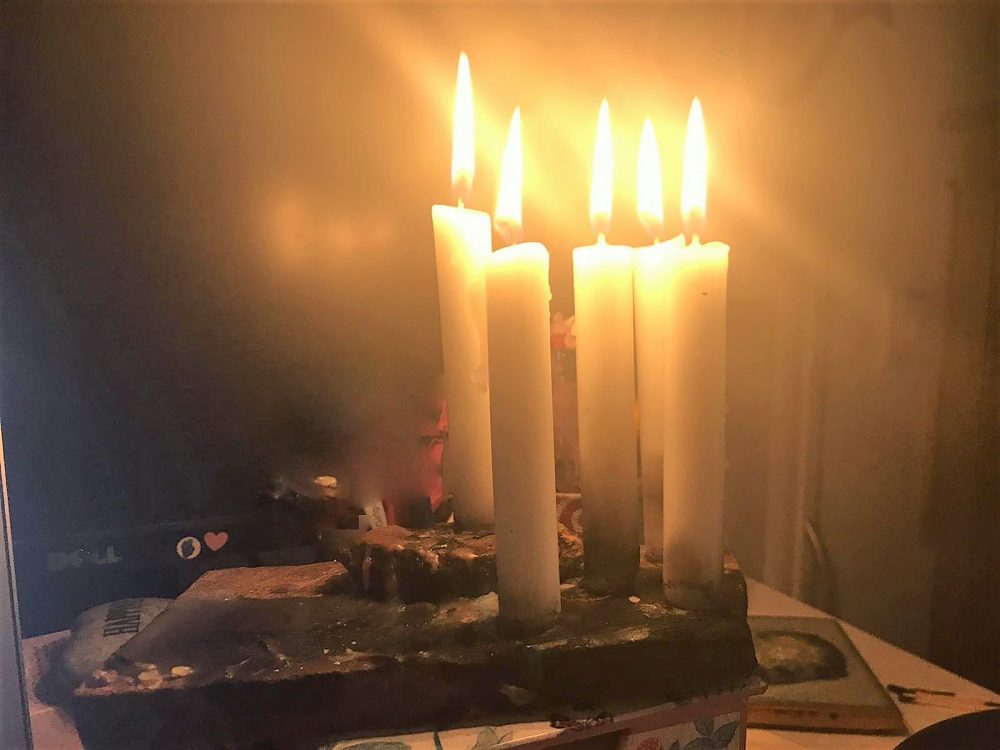 On Sunday, on Zoom at Latkes and Lights, as we lit candles together in the warmth of our own safe spaces, Maeve lit her own chanukiah and we dedicated the lights together. After the Zoom was over, she sent Debra Brunner (The Together Plan’s CEO) a message which read as follows:

When I was in Nepal last year (to the date I think!) I hosted a short Chanukah party with my phase 3 group in a village called Dalbanjang. We were going to have a Xmas party and I thought why not host a Chanukah party! Everything was set and I’d even organised to have doughnuts (or the Nepali equivalent!) made by the local tea house. I managed to get candles and a lighter and I picked up a piece of wood from the ground and a stone and made my own Chanukiah which is what I used just now! Everyone loved it and found it really interesting. One of my friends who was in that group, Tiger (from France), told me that his maternal grandparents had survived Auschwitz but never celebrated any of the festivals, so for him it was amazing to do Chanukah for the first time!! 🥰 Thanks again for Latkes and Lights! xx

If you would like to get involved in Youth for Youth or the work of The Together Plan, please do get in touch. We would love to hear from you.