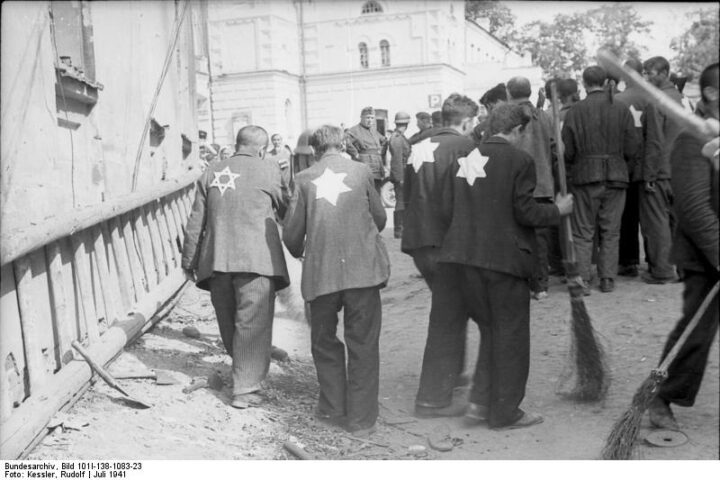 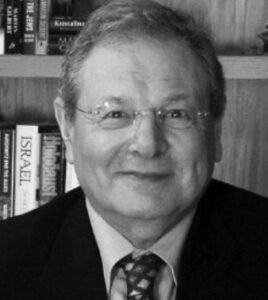 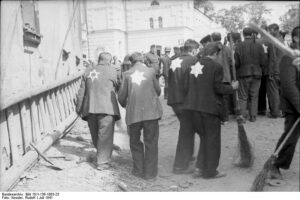 The experience of Jews in the area that is now Belarus has its rightful place in Sir Martin Gilbert’s histories of the Holocaust. The Together Plan is working with communities, historians and individuals in Belarus to tell the story of the Belarus Jews which will become the Belarus Jewish Heritage Route. The story of the Jews of Belarus is rich and tragic. One of the darkest time in this history was the years between 1941 and 1944.Each month The Together Plan will feature a short excerpt from the writings of the late Sir Martin Gilbert which will focus on one of the cities, towns, villages, and forests where Jews tried desperately to escape the Nazi German murder machine.

Lady Esther Gilbert, the wife of the late Sir Martin, will be selecting and submitting these excerpts for The Together Plan’s newsletter each month. We are delighted to bring you here the first in this new series.

In June 1941, Nazi Germany’s forces invaded the area occupied by the Soviet Union stretching from the Baltics to the Black Sea, now the independent countries of Estonia, Latvia, Lithuania, Belarus and Ukraine.  Along with the German army over this vast area came 3001 Einsatzgruppen, or ‘special task forces’ whose purpose was to murder Jews and partisans.  The method of murder was to round up Jews, force them into ghettos, and then march them to the forests or ravines where they were, in German terms, given ‘special treatment’:  machine gunned to death.

Sir Martin writes in his book The Holocaust, The Jewish Tragedy, of the situation in the autumn of 1941, describing the methods the Germans used to subdue the Jewish population:

German reports make it clear that the Jews were not without resources of their own.  ‘Jews continue to display hostile behaviour,’ one Einsatzkommando reported on August 9.  ‘They sabotage German orders, especially where they are strong in numbers.’  But the fire power of the Germans was overwhelming:  against machine guns, rifles and grenades, unarmed men had no means of successful resistance, or of protecting their women and children.  The Einsatzkommando report of August 9 listed 510 Jews killed most recently in Brest-Litovsk and 296 in Bialystok.  It added that Ukrainian militia commandos ‘have persons shot if they do not please them, as was done before.’ 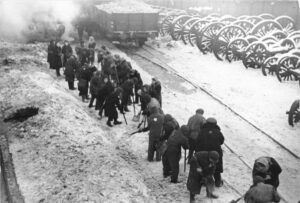 As the Einsatzkommando units moved on to new towns and villages, the surviving Jews in the newly established ghettos were subject to the full rigour of segregation.  On August 15 Hinrich Lohse, the Reich Commissar for the newly designated Eastern Territories of the Ostland region, covering what had earlier been Lithuania, Latvia, Estonia and White Russia, issued a directive ordering all Jews to be registered; to wear two yellow badges, one on the chest and one on the back; not to walk on the pavements, not to use public transport, not to visit parks, playgrounds, theatres, cinemas, libraries or museums; not to own cars or radio sets.  All Jewish property outside the designated ghetto area was to be confiscated.  The ghetto was to be cut off physically from the rest of the town, its food supplies to be restricted to food that was ‘surplus’ to local needs.  All able-bodied Jews were to be subject to forced labour.

To the distress of the Einsatzgruppen, the local population in White Russia, one commander reported, had ‘not proposed to take part in any pogroms’, a fact which made ‘vigourous’ action by the Germans themselves all the more imperative.  It was experienced repeatedly, according to one Einsatzgruppen report, that ‘Jewish women showed an especially obstinate behavior’.  For this reason, the report continued, ’28 Jewesses had to be shot in Krugloje and 337 at Mogilev.’  In Tatarsk, the Jews had left the ghetto to which they had been deported and had returned to their homes ‘attempting’, the report noted, ‘to expel the Russians who had been quartered there in the meantime.’  As a result of this ‘act of defiance’, all male Jews as well as three Jewesses, were shot.  In nearby Starodub, ‘the Jews offered some resistance against the establishment of a ghetto, so all 272 Jews and Jewesses had to be shot.’  In Mogilev also, the Einsatzgruppen reported, ‘the Jews attempted to sabotage their removal to the ghetto.  113 Jews were liquidated.’  This was in addition to four Jews ‘shot on account of their refusal to work,’ and two more shot because they had allegedly ill-treated wounded German soldiers, and ‘because they did not wear the prescribed markings.’ 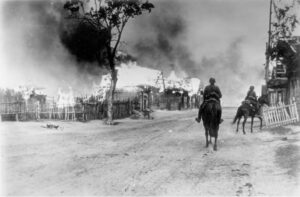 In Bobruisk, according to this same Einsatzgruppen report, which was sent to Berlin on October 25, those executed included ‘rebellious Jews and persons who had shielded Red Army soldiers to who had acted as spies for the partisans.’  Some fifty-two Jews who had fled from Gorodok to Vitebsk, and ‘had made the population restive by spreading rumours.’  They were given what the report of October 25 described as ‘special treatment’.