Remembrance and Commemoration. Why do we do it? 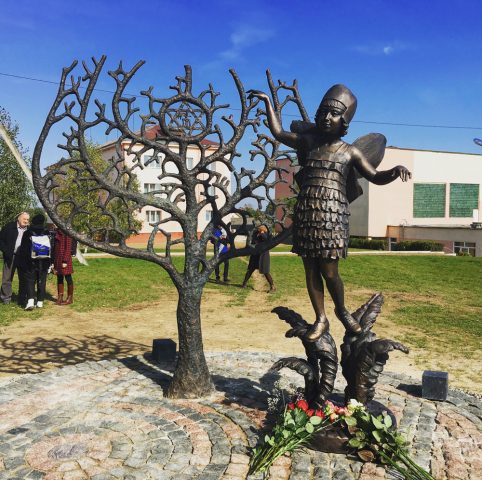 Statue of Michle Sosnowski at the Museum of Jewish Resistance, Novogroduk 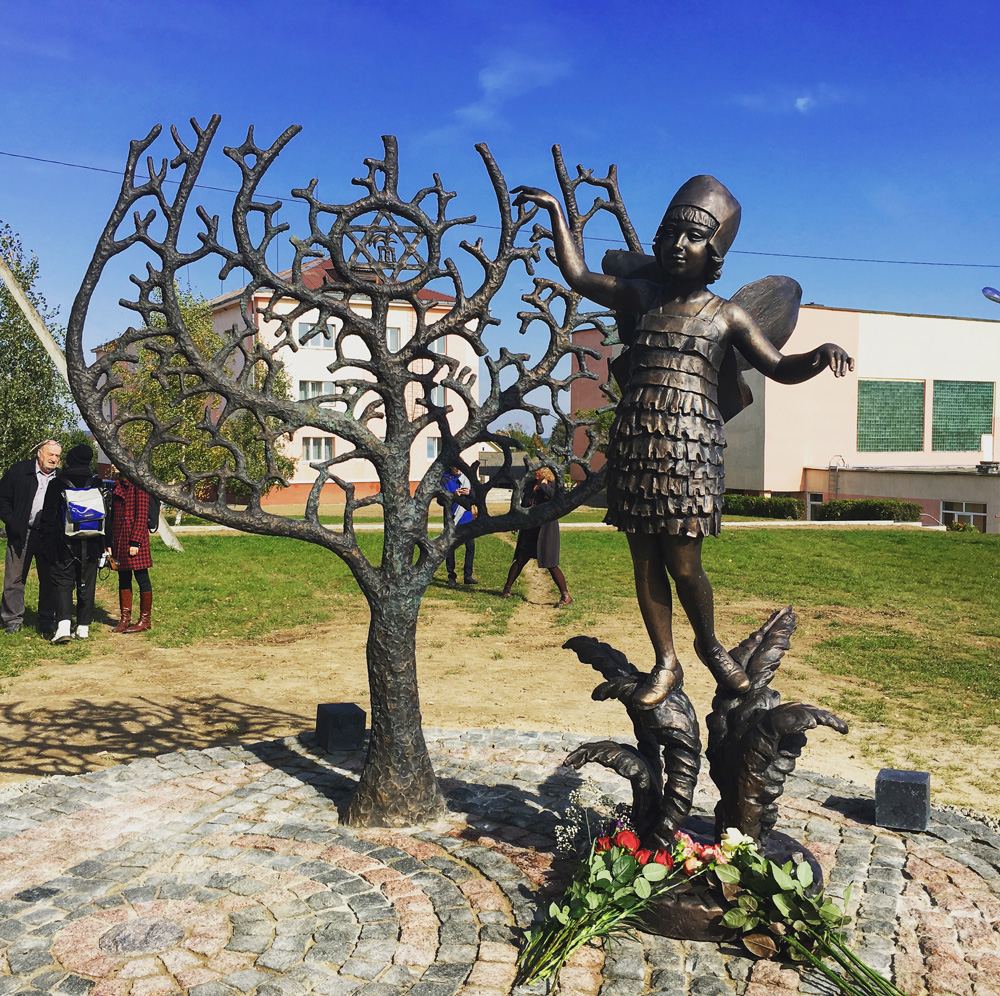 Statue of Michle Sosnowski at the Museum of Jewish Resistance, Novogroduk

The unveiling of Statue of Michle Sosnowski, Novogroduk, in memory of all the children murdered in Belarus during 1941-43.

Being asked to speak on this auspicious occasion is a huge privilege and I would like to thank Tamara Vershitskaya and the Mayor of Novogroduk for inviting me to this event.

I am the co-founder, along with Artur Livshyts who lives in Minsk, and co-director of the Together Plan, a charity based in the UK with the sole purpose of working with communities in the former Soviet Union and Eastern Europe. The charity was born out of a connection between my own Jewish community in north London with a Jewish community in Polotsk here in Belarus. That link, which started as a cultural engagement to try to learn more about the Jews of Belarus opened a door to a world of deeper connections and understanding, not just of who we are as Jewish people, but it has given us a greater connection and knowledge of the people of Belarus.

History teaches us of border changes, people migration, of the vibrant Jewish life in Belarus, war and the destruction of the Jewish people and of Belarusian population at the hands of a common enemy. Since working with Belarus, I have learned how Jews and Belarusians once lived side by side, with many Belarusians speaking Yiddish alongside their Jewish neighbours. I have learned that the founding fathers of Israel came from Belarus – Chaim Weitzman, Shimon Peres, Menachem Begin. Of Eliezer Ben Yehuda, the father of modern Hebrew, who came from Glubokoe. I have learned of the lists of famous Belarusian Rabbis, the great Yeshivas (study centres of religious texts) such as Mir and Volozhin, and of the many derelict synagogues throughout the country, once home to thriving community life. I have learned about the suffering of the Jews in Ghettos throughout the country, the mass extermination sites, and the Jewish Partisans who took arms against the Nazis in the Naliboki Forest so far from where we are now.

So, what do we do with all this history? Do we shrug our shoulders and say ‘so it happened, move on’? Is it even possible to move on, just like that, if indeed at all? I don’t believe it is. Through the work that I do, many people around the world now connect to The Together Plan in search of their past. They want to find a way back in order to help them move forward. They can’t rest. I have met and spoken with people from Australia, America, France, South Africa, Israel and many in the UK. All people with a common link; their ancestry in Eastern Europe, so often Belarus, and their stories ridden with trauma and loss. These people want to connect to us because they know that the work we do is about repair, support of Jewish life today and of discovering lost stories, restoration projects and building connections to what once was.

I was fortunate enough to meet the wonderful Jack Kagan who came and gave a talk at one of my events in London 5 years ago. He talked about his story of survival with the Bielski Partisans and his family losses here in Novogroduk during the Holocaust. He was totally driven and shared his harrowing story with so many. People would flock to his talks since HIS story was so many peoples’ stories, and through him were they able to start unpicking their own trauma in order to move forward.

I met Frida Wulfovna three years ago, and she handed me a book of memories of the survivors of the Minsk Ghetto. The stories of unthinkable atrocities wreaked on innocent people, men, women and children. Indescribable horrors. It is impossible for those of us who never lived through these terrible times to even start processing how people endured the pain, survived and lived on with the memories of what they witnessed. But subliminally this trauma has been passed on, to the next generation and the next. And so, it goes on like throwing a stone into a pond as the circles of ripples get smaller and smaller in ever-decreasing circles. It will take generations to process the loss and for the trauma to wane.

You have to understand your past in order to build your future and to know who you are. Our project involves a lot of young adults, some Jewish, and some not. But there is a real and growing curiosity among this group to get close to history, to talk to the Ghetto survivors we work with, to listen to their stories through oral history while they can so that they can try to understand how humanity can have the capacity to reach the depths of so much evil on one hand but to reach the heights of so much good on the other. 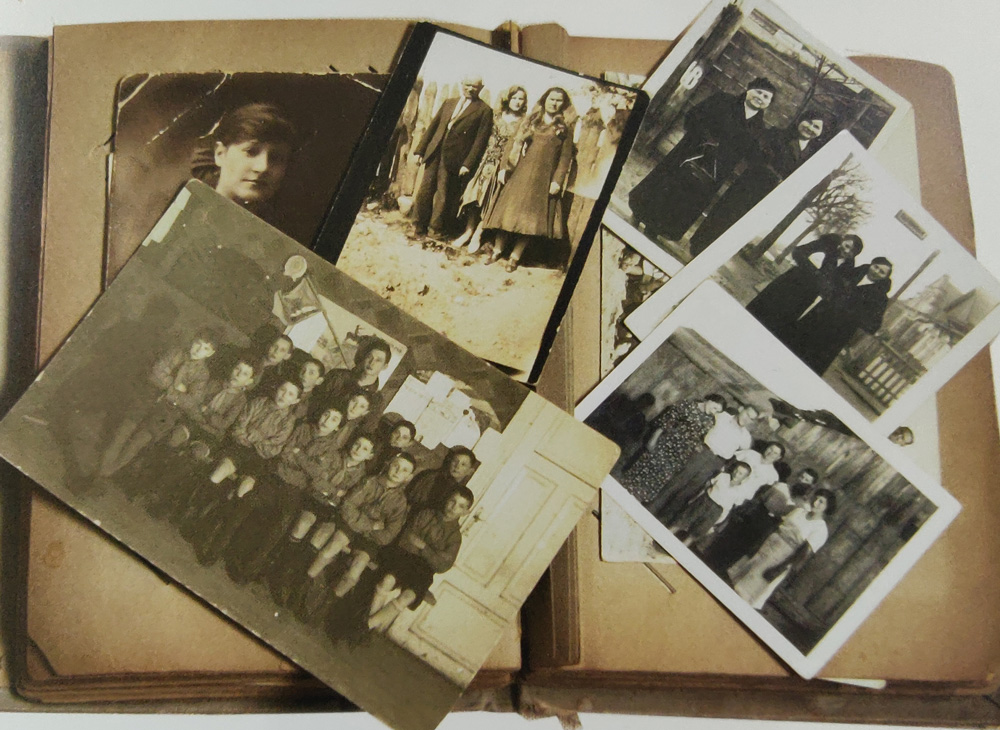 And so, to Michle Sosnowski, the Purim angel and Nazi victim who has been immortalized for all time in this stunning memorial. This memorial encapsulates the healing power of remembrance and connections. Someone clicked a button on a camera over a hundred years ago, a photograph was created which travelled to London in 1932 in an album along with images of others who were to all become memories of family and friends never to be seen again. The album remained disordered and was visited with unease and pain through the years, and it was through Jeannette Josse’s sense of inherited loss that she finally made her way back to Belarus, to Baranovichi, to her mother’s house. There she clicked a button on a camera, took photographs of places where her family had once lived, and then she married the old images to the new putting people back into the picture, restoring them as best she could to try to fix what had been broken so tragically and traumatically. Through Jeannette’s remembrance project, she has indeed brought Michele Sosnovski almost to life. Here we see her now in a physical form skipping once again in her Purim costume for all to see, and people from all over the world will be able to come here, see her, process their own stories, understand their past, which will help them build their futures putting their ghosts to rest.

I congratulate everyone who has enabled this vital project to become a reality. We must always remember, and never forget. 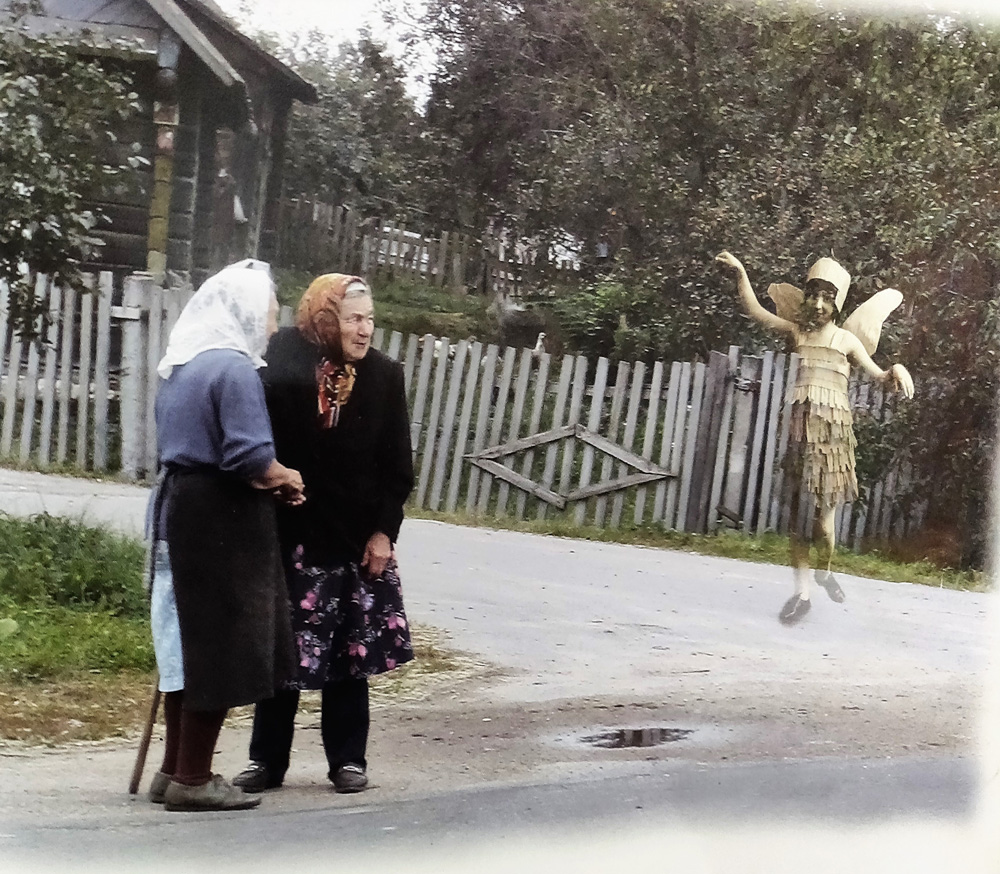 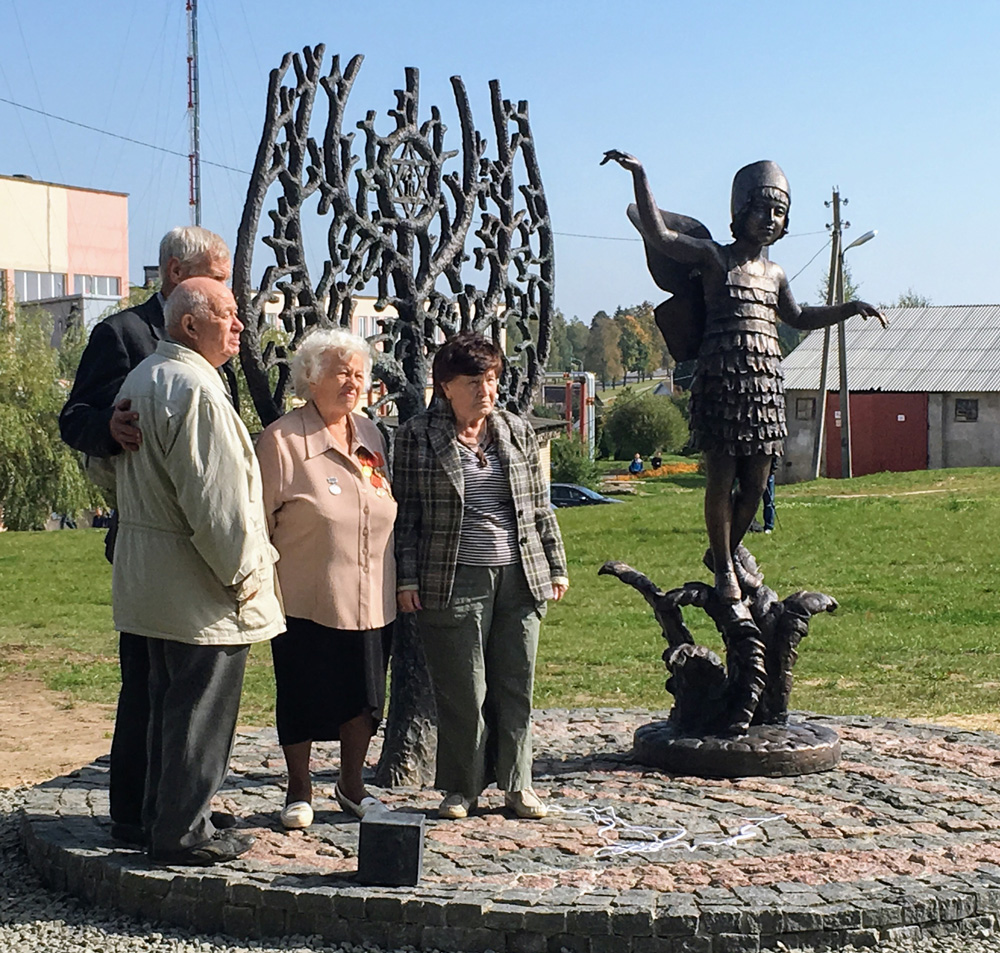 With child survivors of the Minsk Ghetto