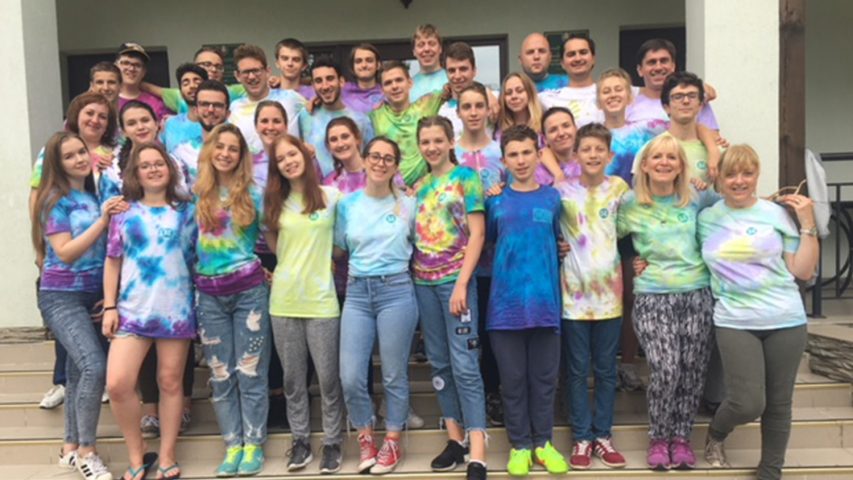 The Londoners, from both Reform and Orthodox backgrounds, travelled to eastern Europe under the auspices of charity The Together Plan, for which the summer programme is an annual commitment. Forty youngsters attended the camp, run on the themes of tikkun olam, care in the community, charity and the environment.

Among the guests was Fionna Gibb, British Ambassador to Belarus, who wore the camp T-shirt she had been given.

Debra Brunner, the charity director, said its goal was to help communities rediscover their Jewish identity after the suppression of the Communist period.

“The censuses put [the Belarus Jewish community] at 50,000 people. People there will say there are many more.

“Every time we go back, more people come out of the woodwork. They go: ‘I didn’t know this was happening. I didn’t know we could do this’.”

For Jake Goldman, a Radlett Reform member, “the beauty of it was that it wasn’t a religious or synagogue-based programme. It was about creating links between the Jewish community in the UK and Belarus.

“The most eye-opening thing for me was when the English madrichim went into separate homes. Though we had no language in common with our hosts, they were so welcoming and we learned so much about the culture.” With the aid of a translator, “we spoke about everything from Brexit to the economy there. We talked about rent prices in London – they couldn’t believe them.”

Ms Brunner added: “This project is all about unity. The differences are not relevant and the youth ambassadors really see that when they get to Belarus.

“Jewish people in Belarus are hungry to learn and understand. They don’t have the luxury of choice between United, Reform or Liberal. This is just about being Jewish.”

This article was originally published in the JC – Read the article.