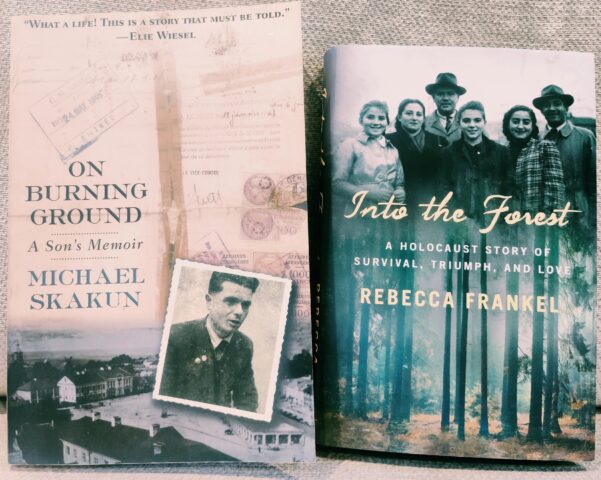 How do we even begin to try to understand the Holocaust in its entirety? The full story from beginning to end. In truth, ‘the Holocaust’ for most people conjures images of the death and concentration camps of Poland and Auschwitz-Birkenau, the focus of Hitler’s ‘Final Solution’. Film footage, photographs, survivor testimonies and eyewitness accounts from the liberating forces in Poland, ensured that these places would never be forgotten. But what of the atrocities where no liberating ever reached and where hardly anyone survived? What about the citizens of the Soviet Union who did return from camps, hiding places, forests, but never told of their suffering or losses because to do so risked persecution or incarceration? What of the lands between Poland and Moscow, that battleground and its people; the places no-one talks of, because no-one knows what happened there. Auschwitz was the final solution which in itself tells us there had been other solutions. What were they and why don’t we learn about them? 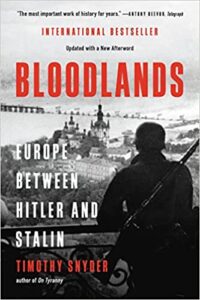 “Timothy Snyder’s masterpiece of a book, Bloodlands, is a part of the fascinating rethinking of Eastern Europe under Hitler and Stalin, and opens up a catastrophic landscape.”

New Statesman Books of the Year

The book is an in depth study of a period in recent history which is not only clearly and brilliantly researched, but superbly written to ensure that it is accessible to all. The harrowing chapter entitled ‘Holocaust and Revenge’ is the story of Belarus between 1941 and 43. This is vital history that the world has not yet talked about which, simply put, absolutely blunts the senses.

On Saturday 17th September, Debra Brunner -TTP co-founder and CEO, was invited to speak to the community of the Ohab Zedek Synagogue on Manhattan’s Upper West Side about the work of The Together Plan; the building of the Belarus Jewish Cultural Heritage Trail, raising awareness of the Holocaust in Belarus and to introduce its new sister non-profit ‘Jewish Tapestry Project’. Michael Skakun, author of ‘On Burning Ground’ was in attendance at the talk, and made his introduction to Debra. An email exchange followed the next day:

I had the distinct privilege of hearing you speak at Congregation Ohab Zedek about “The Together Plan” and your vital work of cultural restoration in Belarus, as well as of chatting with you after the program, which you so ably conducted.

“On Burning Ground: A Son’s Memoir” (St. Martin’s Press, Macmillan), which appeared in Paris under the title “Vivre et c’est tout” (Laffont), is a dramatic narrative of radical masquerade: the story of how at the height of World War II a fair-haired rabbinical student born in Nowogrodek (today Navarudhak, Belarus) and schooled in yeshivas in Baranovitch and Kletzk, under the tutelage of the fabled Rabbis Elchonon Wasserman and Aharon Kotler, assumed the identities of a Catholic and, more strategically, of a Muslim, to survive racial genocide. In effect, it is a journey to the end of night, capturing the visceral danger and spiraling suspense of a young man outwitting his destiny.

This is a tale of a wartime chameleon, a man of multiple masks who survived by ingenuity, daring, and deft maneuver. In a desperate gamble at life, my father used his impersonations–especially his Muslim identity, which gave him cover for his circumcision–to fake his way into the belly of the beast, the Waffen-SS, in order to survive certain death.  This story of total self-reinvention demonstrates the multiple arts of passing: psychological daring, sartorial strategy (he had to look the part) and linguistic mastery to stay alive. By necessity, it touches upon such issues as existential choice and dread, moral anguish and ambiguity, the ever-tormenting question of means and ends.  After the war,  Joseph Skakun returned to Judaism in a fog of anguish in Paris and then in New York, where he lived amid a supernova of memory. I, his son, became his witness as he recounted his death-defying story to me. See (www.onburningground.com).

Nobel Peace Prize laureate Elie Wiesel chose “On Burning Ground” as one of five books for advanced reading about the Shoah in the Oprah edition of his classic “Night.” Endorsements by the American playwright Arthur Miller, former American Secretary of State Henry Kissinger, novelist and essayist Cynthia Ozick and Lord Rothschild among others underscore the stranger-than-fiction quality of this entirely true war story.

Translations have appeared in Japanese, French, Polish, Romanian, and the language of the Crimean Tatars, as well as others. A Belarusian edition has been completed by a young scholar born in Navarudhak but awaits quieter and happier days for actual publication.

In memory of my father and his interfaith survival, I’ve set up “The Joseph Skakun Project” (www.thejosephskakunproject.org), a federally registered non-profit cultural memory initiative, which seeks to foster dialogue among peoples of all faiths and creeds. Indeed, the young Joseph Skakun would not have survived a genocidal war and I wouldn’t be alive today to relate his story, were it not for his ability to draw upon all the Abrahamic faiths, most especially a Eurasian form of Islam, in securing his life at a moment of grave peril.’

Education of the history of human suffering is vital. It is a hope that Holocaust education will teach us lessons, so that genocide and hate on such an overwhelming scale will never happen again. But it does happen again. People forget, often they don’t learn the whole story, in some instances they never learn the story and some who suffered have yet to tell their story. This is the reality in Belarus. The story of the suffering of the Jews of Belarus is not generally talked about, neither in Belarus or beyond its borders. There is no official Holocaust education programme in the country. In the Soviet Union, the Second World War is called the Great Patriotic War. Stalin was murdering Jews with impunity in the 1930’s, during the Great Purges. Branding the Jews as the ‘rootless Cosmopolitans’ and to stamp out individuality, Jewish intellectuals; Yiddish poets, writers, doctors and others were murdered or arrested and sent to the Gulags. When Hitler and Stalin carved up Poland in 1939, Polish Jews living in eastern Poland found themselves now living under  Soviet rule. Nowogrodek, the hometown of Josheph Skakun was one such village that was now in this new territory – which brought new rules and expectations on Jews. In 1941 Hitler severed his pact with Stalin, and made his advance into the Soviet Union crossing into Belarus in a bid to reach Moscow to defeat Stalin. This was Operation Barbarossa. At the same time the Einsatzgruppen special squads were dispatched with the sole mission to murder Jews. Belarus was a battleground like no other.

From New York, Debra continued on to Hartford, Conneticut where she was told about a new book, published in 2021 ‘ Into the Forest’ by Rebecca Frankel. A Holocaust story of survival, triumph and love, this is a gripping story of love, escape, and survival, from wartime Poland  to a courtship in the Catskills. In the summer of 1942, the Rabinowitz family narrowly escaped the Nazi ghetto in their Polish town (now in Belarus) by fleeing to the forbidding Bialowieza Forest. They miraculously survived two years in the woods―through brutal winters, Typhus outbreaks, and merciless Nazi raids―until they were liberated by the Red Army in 1944. After the war they trekked across the Alps into Italy where they settled as refugees before eventually immigrating to the United States. During the first ghetto massacre, Miriam Rabinowitz rescued a young boy named Philip by pretending he was her son. Nearly a decade later, a chance encounter at a wedding in Brooklyn would lead Philip to find the woman who saved him. And to discover her daughter Ruth was the love of his life. From a little-known chapter of Holocaust history, one family’s inspiring true story. 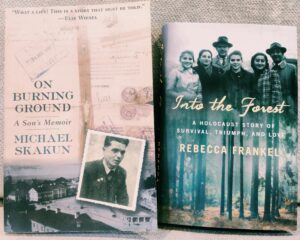 These books are a rare gift, and we owe a debt of gratitude to the authors who have painstakingly, thoughtfully and diligently brought these stories to life for the benefit of a wider audience. They give us a rare insight and an opportunity to understand the landscape of war and the Holocaust in the Soviet Union between 1941 and 1944, which to this day remains underexplored.