The positive power of partnerships 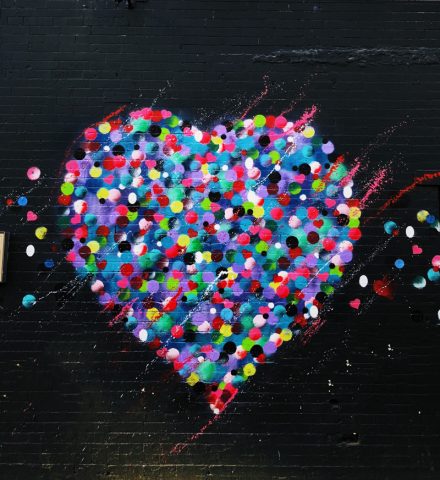 As a charity, it is of immense importance that we have steadfast and trusted collaborative support partners.

Since the inception of The Together Plan in 2013, Jewish Child’s Day has been at our side. They have always understood that children are at the heart of the community and from the outset, they were willing to listen to our narrative, that in a post-Soviet environment, children need support to reclaim their Jewish lives and their Jewish identities. They recognised that untold damage was inflicted on the Jewish community through the Holocaust and the repressions of Communism and that any flicker of Jewish life needs to be nurtured and guarded fiercely.

So what do we know about Jewish Child’s Day?

By 1946, with the realisation that probably 1,000,000 Jewish children had perished in Hitler’s death camps, two Jewish agencies were working to alleviate the hardship faced by the survivors.  Youth Aliyah was responsible for the emigration of as many of these children as possible to Palestine and to aid their rehabilitation there.  The Central British Fund was financing the Jewish Committee for Relief Abroad, providing immediate help such as shelter, care and medical expenses for thousands of children both overseas and in the UK.

Inspired by the work of both these organisations, Arieh Handler and Dr Israel Feldman conceived the idea of creating a “Jewish Child’s Day,” which would differ from other fundraising bodies in that it would fully involve the children of the UK in raising money for their less fortunate brothers and sisters all over the world.  This was to be held on the first Sunday of Chanukah.

The Jewish Chronicle became Jewish Child’s Day Patron and remains so to this day. The first Jewish Child’s Day was subsequently held on the 14th December 1947 and was a resounding success. It is estimated that around £14,000 was raised in that first year – a tremendous sum for the time.

The money collected was to be split equally between Youth Aliyah and The Central British Fund (CBF) and part of the funds were to be used in a scheme which was known as Operation Grand National Junior, whereby unaccompanied children under fourteen were enabled to leave the Displaced Persons’ (DP) camps and proceed to Palestine as legal immigrants. The idea was well received and Chaim Weizmann, President of Israel, agreed to be the President of Jewish Child’s Day and sent a message to its sponsors; “Our children are today the only real asset that remains to us… No investment in the world pays higher dividends in human happiness and contentment than the rescue and rehabilitation of children”.

Whilst many may still fondly remember, as children, collecting stamps on “Jewish Child’s Day” – the first Sunday of Chanukah, Jewish Child’s Day recognises that their help is now needed every day of the week for youngsters in need and fundraising has now become a year-round necessity.

Similarly, the fundamental aim of Jewish Child’s Day has never changed; to instil in Jewish children a sense of responsibility for the care of children who are less fortunate than themselves. Their work knows no bounds and through grant funding provides support to children who are challenged by physical, learning or emotional difficulties, children who have been abused, neglected, deprived or disadvantaged, children who don’t have a safe and secure family or home, and those who are battling against severe illness.

It seems almost impossible to think that children in developed western countries die from hunger and do not have the means to have a hot meal even once per day. Jewish Child’s Day funds a number of projects who support such children and give them that essential meal they need. They support projects which provide an array of services and therapies to help children who have been neglected or abused and who have been affected mentally and physically.  It is through incredible organisations that Jewish Child’s Day helps those children find their smile again.

Their philosophy has never wavered since 1947 and they still encourage Jewish young people to take some form of responsibility for the care of others who are less fortunate than themselves.

A real together plan

We are incredibly excited to be partnering with Jewish Child’s Day in collaboration with the Jewish Chronicle as the exclusive media partner, on the Making History Together Programme which will educate young people, here and in Belarus, on the importance of heritage, tolerance and diversity and shine a light on Jewish history little known or understood.

Jewish Child’s Day’s President, after the Second World War, and President of Israel, Chaim Weizmann was born in the village of Motal, located in what is now Belarus,  which at that time was part of the Russian Empire. He was number three of fifteen children. Since Belarus fell within the Soviet Union, after the war, there was no opportunity for an agency such as Jewish Child’s Day to deliver welfare support to this region and help children leave and find new lives in Palestine. Jewish child survivors simply had to endure their losses in silence and live as communists in the Soviet Union. Their suffering was part and parcel of the suffering of fellow communists. Their stories are only now starting to be told thanks to the work of The Together Plan through children two generations on. It is time to break the silence.

Making History Together is a completely new programme and an amazing opportunity for the next generation to play a role in bringing to life an important piece of our Jewish history that few know about. In Belarus, there is no Holocaust education at all and around the globe, very few people know about the lives of the Belarusian Jews. This is vital Jewish history and our aim is to bring it to life through the eyes of our ‘History Makers’.

The programme is for children in years 7 or 8 having a Bar/Bat Mitzvah. Participants will explore their own stories, and think about how they have been shaped by history. They will be encouraged to ask questions such as: “Why does history matter?”, “What can we learn from our history?” and “Why did the world forget about the Jews of Belarus?”

As we move ever further away from this darkest period in our history, it is vital that we engage the next generation to hold a candle to the memory of those who perished, and to take ownership of their legacy so that future generations will learn to be the best versions of themselves.

To find out more about the ‘Making History Together’ programme click here.