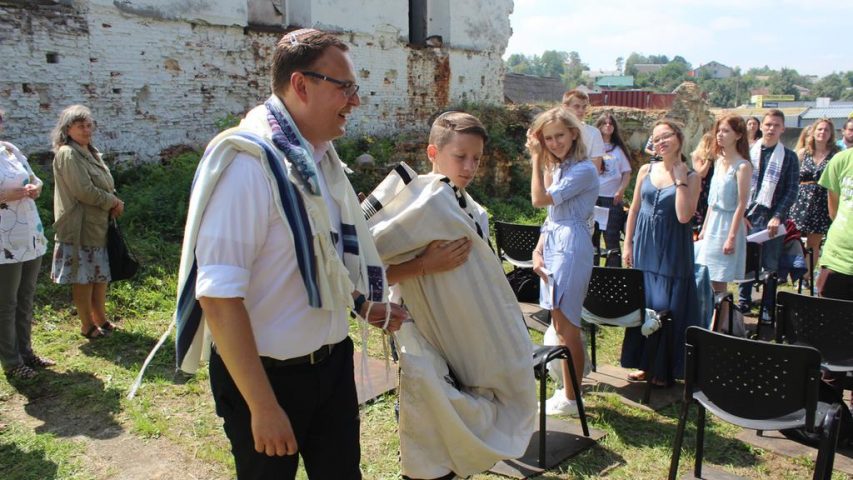 Barmitzvah ceremony part of programme by Together Plan 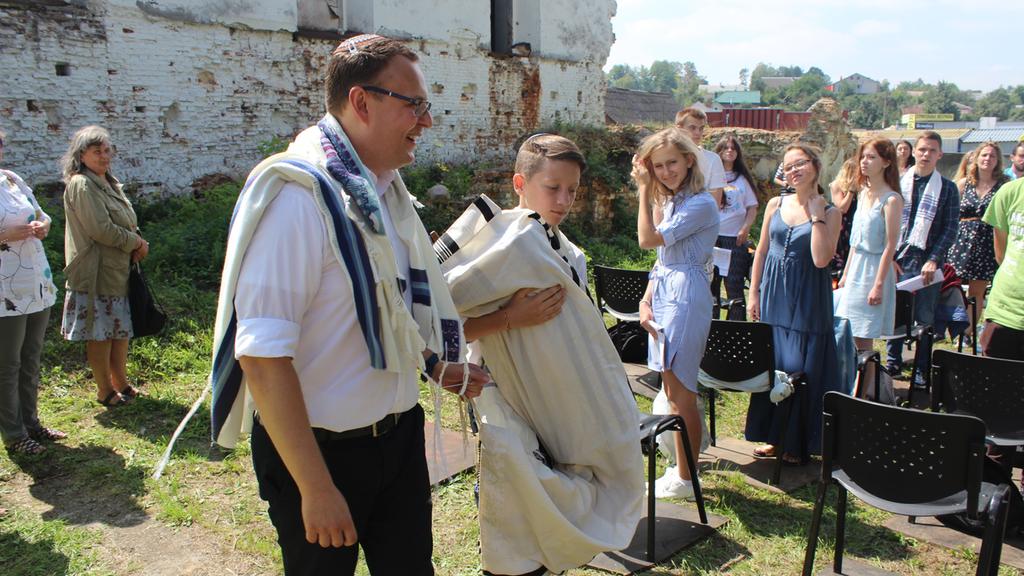 Young UK adults helped facilitate the barmitzvah of a Belarus boy as part of a project to revitalise Jewish life in the country.

The Together Plan — helping Eastern European communities to overcome isolation — took a group of nine to Belarus, among them West Londoner Leo Levine, 22.

“Russian is my mother tongue and the whole trip was a self-discovery of my religious roots,” he said.

“It was fascinating and moving to be part of the barmitzvah.”

The barmitzvah ceremony for Stas Zaiko was held at the Great Synagogue of Slonim, which dates back to the 17th century and is among beneficiaries of a restoration scheme launched by the Foundation for Jewish Heritage. Rabbi Stas Wojciechowicz travelled from Warsaw to officiate.

The barmitzvah boy is from Bobruisk — once home to a large and thriving Jewish population — and is part of The Together Plan’s Youth for Youth online community, connecting him to young people and lay leaders in Belarus, the UK, the Netherlands, Germany, Ukraine and America.

Mr Levine said that during the week-long trip, he acted as a translator and was involved in “sessions with the community to help them connect to their Jewishness”. Twenty-eight young Belarus Jews took part in the programme.

Jack Baum, 17, the youngest British participant, was “stunned” by the difference in Jewish life. “They have a complete mash up of traditional and Progressive values,” he said. “So much of the religion is based on the culture whereas ours is very text-based.”

The Alyth Reform member ran a session on the Torah and was surprised “they knew very little about it, despite the fact that all our Jewish values come from there”.

He felt it was important to help to promote Jewish life in Belarus. “Our job as a developed community is to help them create their own.”

Radlett Reform member Jake Goldman, 22, found there was “much less Jewish infrastructure but the community has a real desire be involved. It made me appreciate how many ways we can engage in Jewish life in Britain.”