An upcoming first for Jewish Belarus 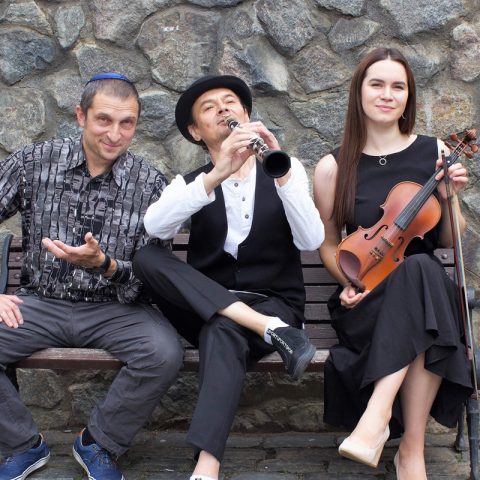 The European Days of Jewish Culture Festival is an initiative of the European Association for the Preservation and Promotion of Jewish Heritage and Culture.

Journeys are a big part of the Jewish story. Since the Exile from the Land of Israel in AD70, Jews have moved through and lived in different lands in search of religious tolerance and economic opportunity.

Arrivals in different parts of Europe led to the creation of the two main cultural and ethnic strands of the Jewish people: Muslim Spain (Sepharad) and the Rhineland (Ashkenaz) emerged as leading Jewish centers in the tenth century. Even as the Jewish communities flourished, persecution, invasions and inquisitions led to more departures and new beginnings.

Merchants and traders have also moved between cultures and acted as conduit and connector between different communities. Cities that were centers for trade and commerce have a rich and diverse Jewish heritage (Venice, Livorno, Amsterdam, Constantinople, Salonika) as different communities came together with a common goal.

Pilgrimages to the Land of Israel and later, the State of Israel, is another journey taken by Jews – from individuals and groups who made their way to Israel in the Middle Ages to the immigration to the Land of Israel in the aftermath of World War II in the face of the British Mandate’s immigration restrictions. The movement of Jews after the breakdown of the Soviet Union once again changed the Jewish map in Europe and transformed the population of Israel.

Jewish life and the culture of the communities where they found shelter came together in a sort of fusion as the Jews adapted to and adopted local customs creating a constantly evolving and enriched mosaic of Jewish customs, traditions and languages.

In addition to journeys taken due to persecution or religious intolerance, throughout the centuries, Jews have also journeyed to pay homage to religious leaders. Jewish journeys can also be viewed in the spiritual sense – the rise of different movements within the faith – Sabbataism, Hassidism, Secularism – have influenced Jewish communities and the way they interact and coexist. There are religious practices relating to journeys including prayers recited as journeys are begun, and blessings after safe arrivals. Additionally, journeying and carrying luggage are prohibited on the Sabbath and holy days. For people who need to be away from home over these days, ‘travelling’ versions of ritual books and objects are created. Hospitality towards travelers arriving in a strange place is a basic tenet of Jewish communal life.

This year Belarus will participate for the first time in the European Days of Jewish Culture Festival. The Together Plan is organising a concert which will be broadcast live on Sunday, September 13th at 16.00 BST / 18.00 Belarus time. The three Klezmer musicians are all Jewish Belarusians, and members of the local Vitebsk and Polotsk Jewish community, along with some of the wider non-Jewish community, will have the opportunity to attend the concert on the day. To attend the event on Zoom, click here.

Right now, in this time of political unrest in Belarus, we felt it was important to offer cultural respite. Bringing people together and uniting around the culture and heritage of the rich and tragic Jewish history of Belarus we feel is poignant and relevant. Running up to the High Holydays, that auspicious time of reflection, introspection and renewal, let’s take a moment to appreciate who we are. History, heritage and identity really do matter. We have to know where we have come from to know where we are going on this great journey of life.