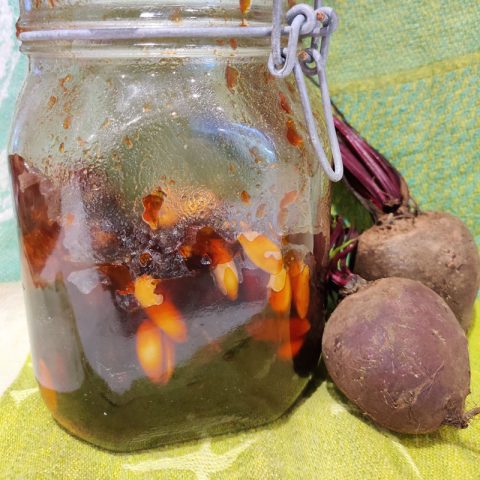 I was born in East London in 1940, so it is not surprising that some of my earliest memories are of the blitz. My two brothers were eleven and thirteen years older than me and when our house was demolished by a doodlebug, we were dug out from the Anderson shelter and sent away to the north of England as evacuees. Our parents remained in East London to re-establish some semblance of normal life and run the family business – a fish and chip shop. Separated from my brothers who were billeted elsewhere, and miserable after being initially placed with a less than welcoming family, I was, at last, moved to a small terraced house in the Chapeltown area of Leeds where found myself finally within the welcoming bosom of a warm and loving Jewish family – May and Norman Goldberg, their young son Bernard, spinster Auntie Sadie and Bubba. They spoke with the Leeds dialect (it still sounds like ‘home’ to me, even now) and Bubba was the cherry on the cake. She ran the kitchen, and the black, coal-fired cooking range was her domain.

Even at that early age, I was intensely aware of the contrast between the peaceful and seemingly colourful lifestyle of my new family in Jewish Leeds and our grey wartime existence during the Blitz in East London. Here in Leeds, the milk was delivered from a small bowser driven up to the back door. A small tap was turned on and the daily ration of white liquid poured into Bubba’s chipped enamel jug. In the kitchen, everything revolved around the black coal-fired stove with what seemed to me like a magical array of oven doors. The flat top had cooking areas for the simmering pots and pans. A toasting fork hung nearby ready for thick slices of toast just crying out for butter and jam, and there was even a ledge on which large green apples could balance as they cooked and swelled, finally bursting forth into sweet oozing temptations too hot to eat. There was also a mysterious variety of pokers, forks and other ‘HOT’ implements which I was forbidden to touch on pain of being banned from the kitchen forever. Forth from this miraculous place would come chicken soup, cholent, kugel and occasionally – wonder-of-wonders: ANGEMAKHS. 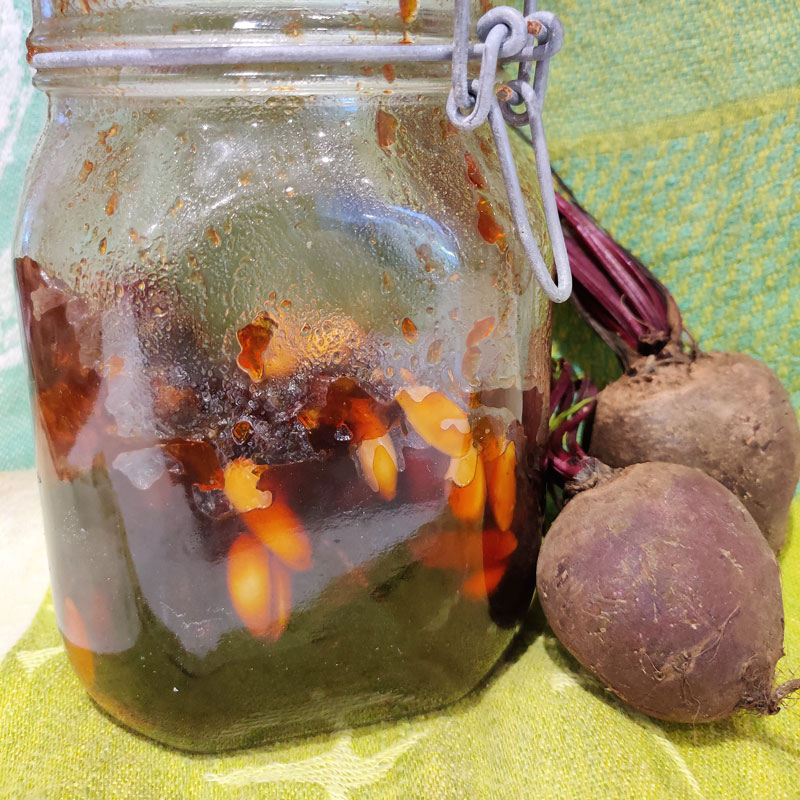 In retrospect, I realise that this concoction (something my mother had never made) was probably only produced at Passover, but the memory of the distinct nutty flavour of that sweet confection has endured across the years. So now…fast forward some seventy years…yes indeed, SEVENTY YEARS!!

Now it is 2012 and I am a ‘bubba’ (a grandmother) myself. My daughter has somehow become the coordinator of a charity called The Together Plan. She is working with Jewish survivors in Belarus – a little-known landlocked country in Eastern Europe that had, until recently, been a satellite of the Soviet Union. I am onboard a minibus with a group of Jewish visitors. We are heading towards a distant town called Polotsk. Until recently most of us had never even heard of Belarus, and now, here we were crossing this densely forested territory on a bumpy 6-hour drive from the capital Minsk to the historic town of Polotsk where a number of Jews, survivors of the Holocaust and of Soviet Russia, were still living. Over the next few days, we would become acquainted with this seemingly ‘lost community’ who, with the aid of The Together Plan, was starting to recall and revive its Jewish heritage. This community had been lost to the Jewish world through the ravages of oppression, Soviet rule, two World Wars, Nazi ghettos and extermination camps… What has all this to do with Leeds and angemakhs you may ask!!!

One of my fellow ‘explorers’ on the bus was a friendly lady from Manchester called Sue. So, to fill the monotony of a long bumpy ride through endless forests, I told her about my childhood memories. Of course, I regaled her with accounts of my lasting fondness for ‘bubba’s’ kitchen and the delights she would prepare there. When I mentioned ‘angemakhs’ Sue piped up: ‘Oh angemakhs. I make that every Pesach!’ Really!? Could it be that Jewish immigrants from Eastern Europe brought this recipe with them to the north of England? Sue for sure said that it was indeed a family recipe. So, just for the readers of The Together Plan’s monthly newsletter, here is the recipe just as Sue gave it to me – a naughty Passover delight. Just think of Bubba’s kitchen, spread on matzah and enjoy!! 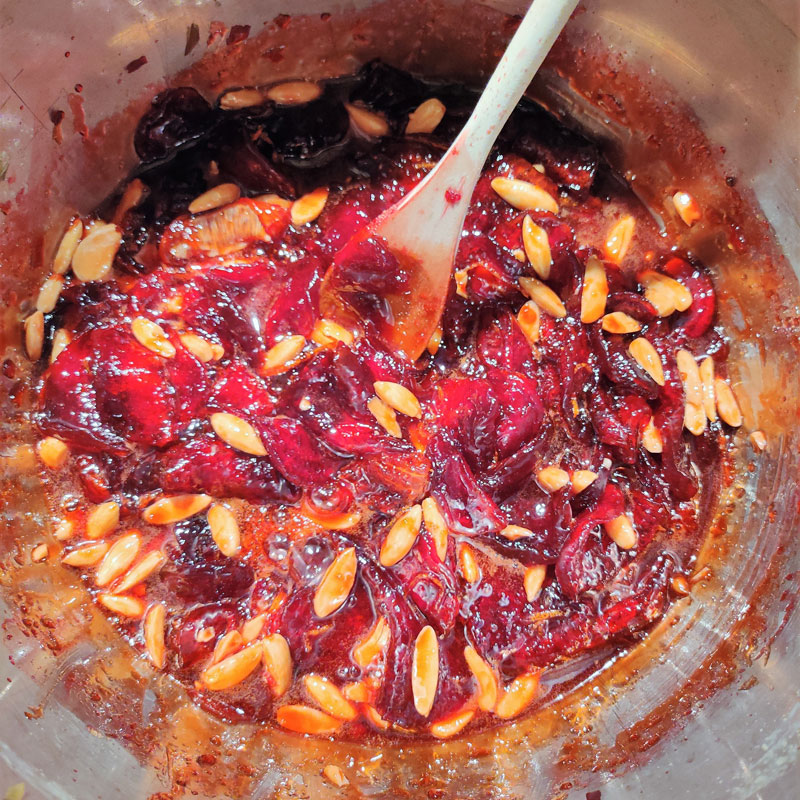 Peel the beetroot and simmer whole for 45 mins. Drain and rinse well.

Slice the beets thinly, return to the pan, add the sugar and water. Bring to boil and simmer for 2 hours stirring regularly.

Add grated lemon rind and sectioned flesh of lemons and simmer for a further hour.

Add water if too glutinous (see below).

By this time the colour will have changed from dark red to a rich brown.

Add the ginger and almonds and cook for a further ½ hour. Can add more ginger for desired taste.

Leave to cool and then bottle.

This is rich in pectin so it should be a bit runny when hot (and like jam when cold), otherwise it will set into thick toffee!!*

*If you find it sets too hard, stand the jar in simmering water to soften. Then add a little water and as the jam softens, stir in the water. When loose, remove from heat and leave to cool.