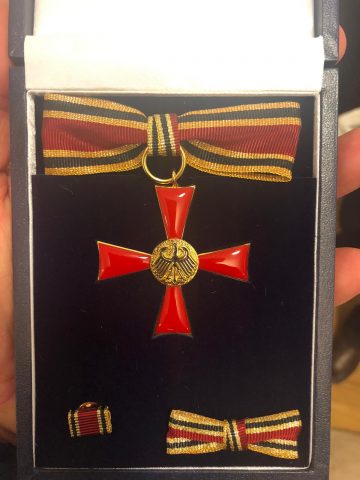 Since the official launch of We Remember Lest the World Forget’ in Minsk in November 2018, hosted by the British Embassy, the Minsk Ghetto survivors have started to enjoy something of a new status. 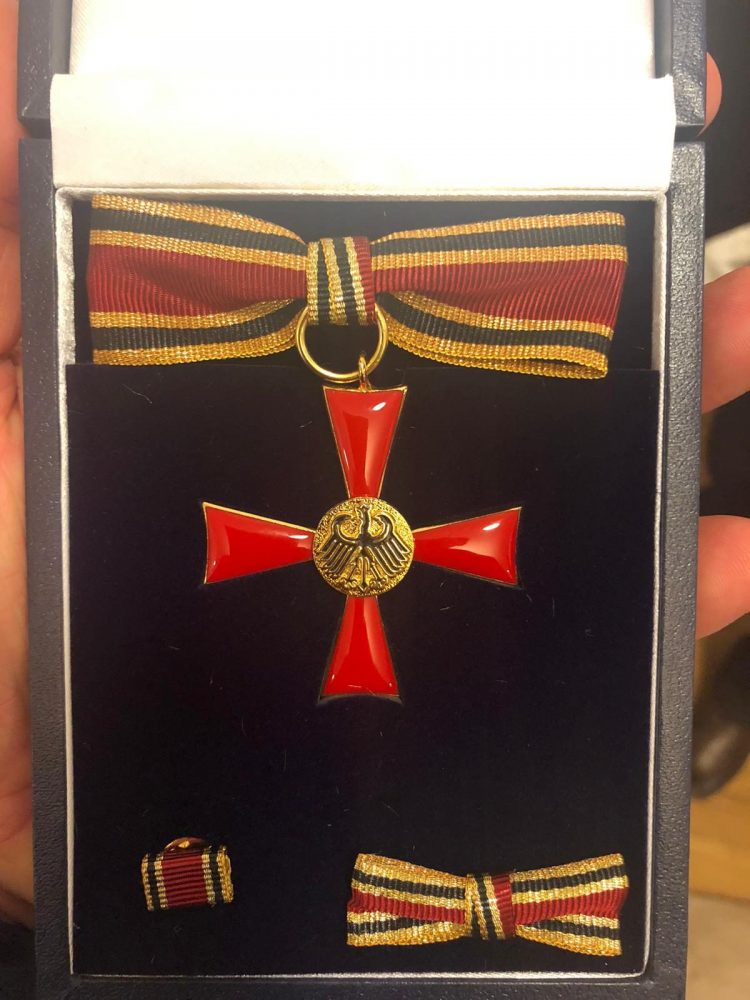 Our four-year endeavour to bring the 27 memories of the Minsk Ghetto to the English speaking world, ensured that now everyone can know the stories of suffering that these, now elderly, people, endured as young children. Where before the survivors, still living on the territory of the Minsk Ghetto, had simply been elderly people going about their daily lives, now with a publicly available book in print in English, they have become visible. People now come to meet with them and the survivors’ sense of empowerment is tangible. Their poise, their posture, and their demeanour is palpably different now. They have gone from downcast and mistrusting to upright and resolute.

Last week, Frida Reizman, Chair of the Minsk Ghetto Survivors’ Association, was awarded the Order of the Cavalry Cross medal of honour by Ambassador Manfred Huterer, on behalf of German President Frank-Walter Steinmeier.

The whole world should know about crimes of the Nazis. We execute God’s order. It is our obligation until the very last moment, until we die. Standing here today, I want to thank Mr President for understanding the pain we feel in our hearts when we talk about the past. If I only had the opportunity to be heard by all the state leaders, I would say “it is not the nations that fight against each other, but it is something that the leaders do”. I would also recommend them to learn from the President of Germany* of those human values such as: Kindness; compassion; understanding of one another; but the main, is the understanding of life. We have no rights to kill each other. Wars never solve any problems. Our children and grandsons should never know such a word as “war”. This word MUST disappear from all the world’s languages. This is our last will. Thank you. 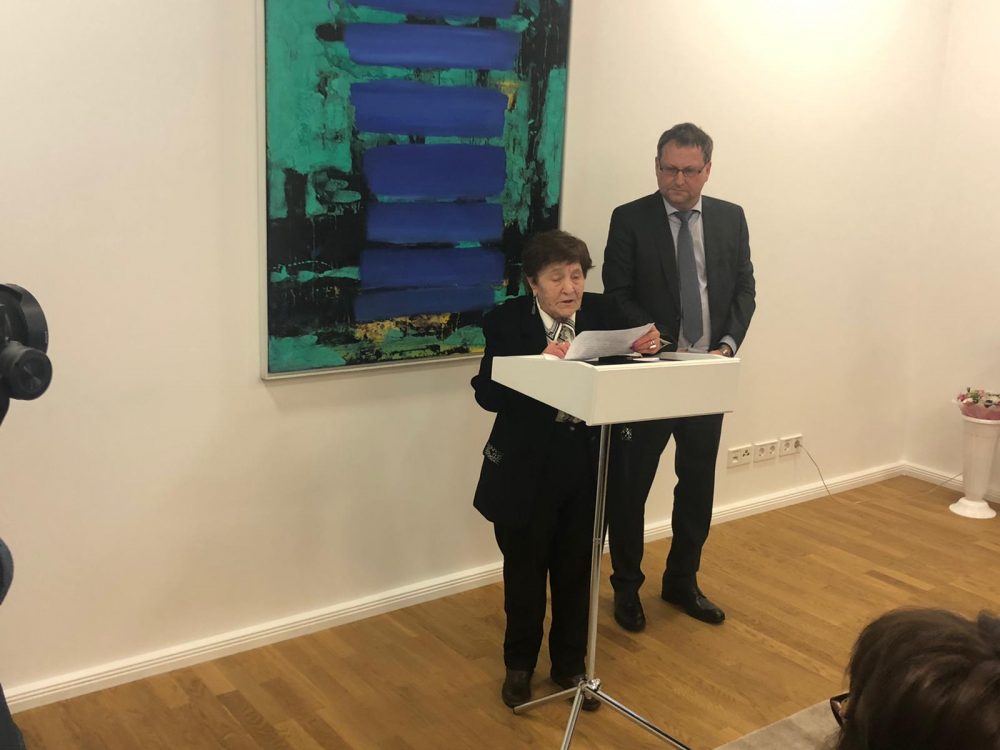