Belarusian Jews couldn’t talk about their suffering in the post-war era – they were silenced. British Charities are changing that! 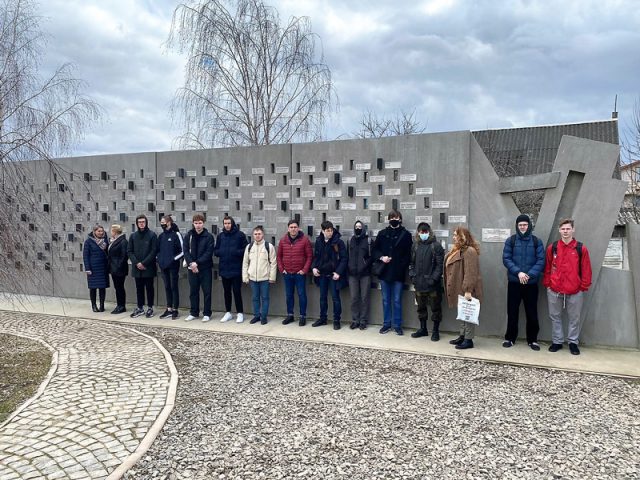 This article was originally published in the Jewish Chronicle

Education of the history of human suffering is vital. It is a hope that Holocaust education will teach us lessons, so that genocide and hate on such an overwhelming scale will never happen again. But it does happen again. People forget, often they don’t learn the whole story, in some instances they never learn the story and some who suffered have yet to tell their story. This is the reality in Belarus. The story of the suffering of the Jews of Belarus is not generally talked about, neither in Belarus or beyond its borders. There is no official Holocaust education programme in the country. In the Soviet Union, the Second World War is called the Great Patriotic War. Stalin was murdering Jews with impunity in the 1930’s, during the Great Purges. Branding the Jews as the ‘rootless Cosmopolitans’ and to stamp out individuality, Jewish intellectuals; Yiddish poets, writers, doctors and others were murdered or arrested and sent to the Gulags. During the ‘Great Patriotic War’ Hitler severed his pact with Stalin, made his advance into the Soviet Union crossing into Belarus in a bid to reach Moscow to defeat Stalin. This was Operation Barbarossa. At the same time the Einsatzgruppen special squads were dispatched with the sole mission to murder Jews. Belarus was a battleground like no other.

Historian Timothy Snyder wrote last month ‘These are the days, the eighth and ninth of May, when we recall the end of the Second World War in Europe.  Memory tends to shroud history, and those with the weaker voices are forgotten.  Sometimes the lands that suffer most are least able to gather the attention of others. During the Second World War, no country suffered more than Belarus. Beyond the country itself, almost no one will mention its name.’ During the war, a group of Jews calling themselves the ‘Jewish Anti-Fascist Committee’ (JAC) headed by Ilya Ehrenburg and Vasily Grossman, worked tirelessly to record testimonies and eye witness accounts of Jews who suffered the most terrible attrocities. They called their collection ‘The Black Book’. After the war, the Soviet’s banned the book in the USSR saying ‘the Soviet people did not need such a book. In our country all peoples endured suffering from the Hitlerite’s invasion’. Many of the members of the JAC were murdered.

The Together Plan’s ‘Making History Together’ Programme takes a unique approach to exploring this little spoken of but vital Holocaust history. Jewish bar and bat mitzvah children in the UK over a six month period are receiving six doorstep drops through the post  – beautifully designed and carefully researched workbooks, each accompanied by an envelope revealing hidden history, and every month an informal Jewish educator runs a creative session with the group, on Zoom, exploring the lessons that the hidden history teaches us.

In Belarus, during these six months, a group of teenagers at a college in Minsk are going through a parallel programme exploring this history and for many this is history they didn’t know. Their college sits adjacent to the territory that was once the Minsk Ghetto. Their programme is much more hands on. They have had a visit from a child survivor of the ghetto, who is still living on that territory. They have been to visit the Museum of Jewish Resistance in Novogroduk dedicated to the story of the Jews who tunneled out of a labour camp, and to the Bielski partisans. They have been to the site of the Trostenets Death Camp on the outskirts of Minsk and walked the streets of what was the Minsk Ghetto. This week, they will travel to Porechye, the village where 40 Jewish children were hidden by non-Jews, where every villager kept silent. We asked the college students some questions about the programme:

Did you know much about this history of Belarus before the programme?
Very little. Much of the information that we are learning was for a very long time not accessible, but now that many archives have been opened up we can start to study this.

Do you think that this programme is important?
Yes, this program is very important to raise our self-identification. Who are we: Belarusians, Russians, Jews, Ukrainians, who live in one country. Education is so important.

What, so far, has made a strong impression on you?
Stories that we heard from the ghetto survivor Frida Reizman. To listen to a witness of those horrible times. When she talks about rivers of blood and execution of babies. The visit to the Trostenets death camp and also to the Jewish Resistance Museum and to Yama in Minsk. These places where thousands of Jews were brutally murdered. We are learning about the inhuman attitude to people, and about Nazism in its full colour.

Do you think more people in Belarus should learn about this history?
Everyone should. We are one people and we can be together only when everyone knows the history and respects the history so that there won’t be any antisemitism.

What are you learning?
The history of World War 2, about the Holocaust and about the resistance in Belarus. This is our history.

To run a pilot of this programme in Belarus, we had to find a school or college that was receptive to participation. This was not straightforward in a country that was part of the Soviet Union where the narrative was and still is that ‘we all suffered as Soviet citizens’. The Principal of the College in Minsk is personally committed to telling the story of the suffering of the Jews and so he agreed to help to pilot the programme.  We asked him:

What do you think about the Making History Together Programme?
It is a unique project, interesting and very important. The most important thing about the project is the preserving and teaching of historical truth and memory.

Do you think more people in Belarus should learn about this history?
Without question. A famous person once said: If you don’t know your past you won’t have a future. And we see proof of this every day.

Do you think more people around the world should know more about the history of the Holocaust in Belarus?
Yes, because Belarus was injured the most. Belarus had the biggest number of ghettos around 235 and in the Minsk ghetto alone over 120,000 Jews were killed. To know about it means not to allow it to happen again. As Frida Reizman said: Why do you want to be the master of the world and kill us, are you God? No one has the right to kill others, regardless what nation they are.

Why were you keen for your students to participate in the programme?
Because of our college location. Just a step away from the college this tragedy happened and students when they pass this place (and not just students) need to know what this place is. This is a sacred place.

This programme has been made possible through support from Jewish Child’s Day Charity, and the media partnership of the Jewish Chronicle. It will culminate in a travelling exhibition. For more information, contact london@thetogetherplan.com or info@jcd.uk.com.