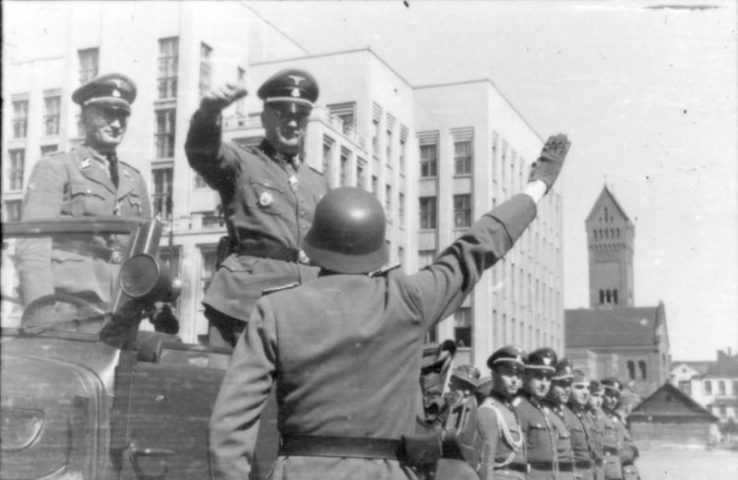 How do we even begin to try to understand the Holocaust in its entirety? The full story from beginning to end. In truth, ‘the Holocaust’ for most people conjures images of the death and concentration camps of Poland and Auschwitz-Birkenau, the focus of Hitler’s ‘Final Solution’. Film footage, photographs, survivor testimonies and eyewitness accounts from the liberating forces in Poland, ensured that these places would never be forgotten. But what of the atrocities where no liberating ever reached and where hardly anyone survived? What about the citizens of the Soviet Union who did return from camps, hiding places, forests, but never told of their suffering or losses because to do so risked persecution or incarceration? What of the lands between Poland and Moscow, that battleground and its people; the places no-one talks of, because no-one knows what happened there. Auschwitz was the final solution which in itself tells us there had been other solutions. What were they and why don’t we learn about them?

Timothy Snyder’s masterpiece of a book, Bloodlands, is a part of the fascinating rethinking of Eastern Europe under Hitler and Stalin, and opens up a catastrophic landscape.

New Statesman Books of the Year

The book is an in depth study of a period in recent history which is not only clearly and brilliantly researched, but superbly written to ensure that it is accessible to all. The harrowing chapter entitled ‘Holocaust and Revenge’ is the story of Belarus between 1941 and 43. This is vital history that the world has not yet talked about which, simply put, absolutely blunts the senses.

The Together Plan is building a Jewish Cultural Heritage Trail through Belarus, giving voice to people in the country so that they can tell this story themselves, because now they can. Our aim is to put Jewish Belarus back on the world map, where it will start to find its place in Holocaust education curricula globally, because you cannot learn the lessons from the past until you tell the whole story from beginning to end.

We urge you to lay your hands on this vitally important book – borrow it from your local library, buy your own copy or become a Friend of The Together Plan which will enable you to borrow it, and many others, from our library. Read chapter 7 and bring this to the attention of others, and even better read ‘Bloodlands’ for the bigger picture. This is history we ALL should know about.

Timothy Snyder is the Housum Professor of History at Yale University. Bloodlands received the Hannah Arendt Prize, the Leipzig Book Prize for European Understanding and the literature award of the American Academy of Arts and Letters. Snyder is a frequent contributor to the New York Review of Books and the Times Literary Supplement and a former contributing editor at the New Republic. He is a member of the Committee on Conscience of the United States Holocaust Memorial Museum, a permanent fellow of the Institute for Human Sciences, and site on the advisory council of the Yivo Institute for Jewish Research.