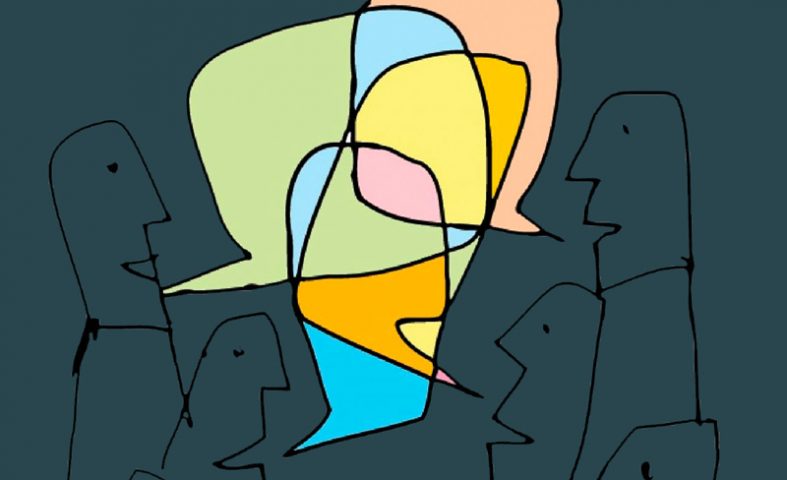 This year, the European Days of Jewish Culture Festival is framed within the context of the European project NOA (Networks Overcoming Antisemitism). It is under this umbrella, and with the intention of disseminating and promoting positive narratives that highlight the contribution of European Jewry to a more pluralistic and inclusive Europe, and so the theme for this year’s festival is Dialogue.

To learn more about the NOA project, watch the video here.

In the UK Bnai Brith, a fellow member of the AEPJ (European Association for the Preservation of Jewish Heritage and Culture) have an exciting progamme of events running across the UK from 1st September to 31st December and across Europe museums, organisations and communities will be running events as part of the festival. 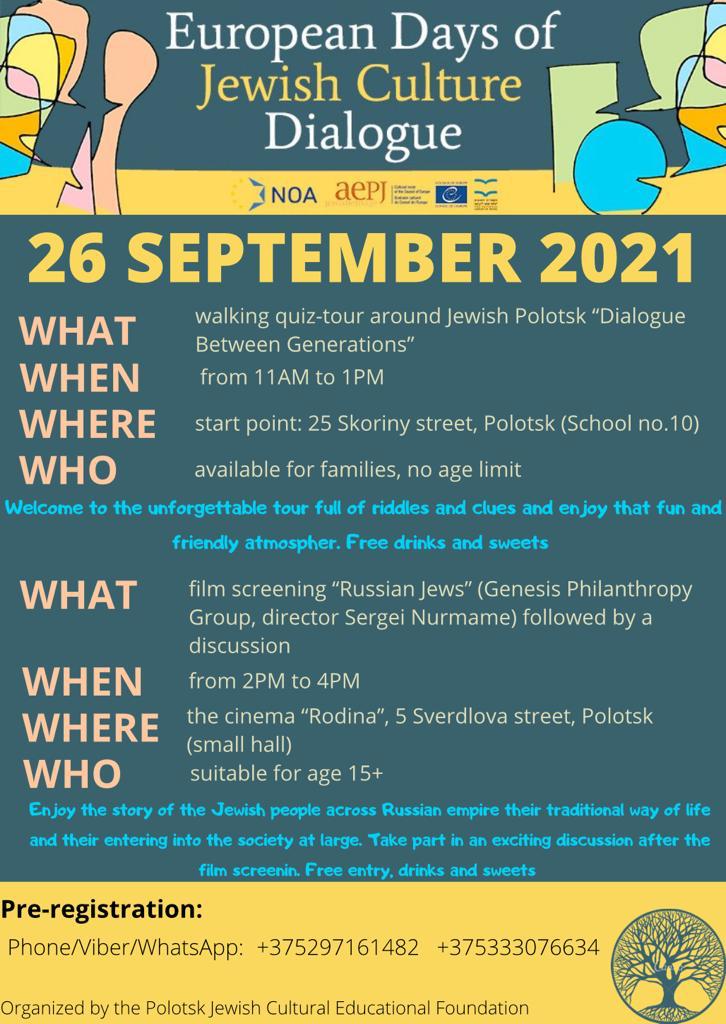 We are excited to say that in Belarus, the Polotsk Jewish Cultural Educational Foundation in the north of the country will be participating in the festival on 26th September with a walking tour of Jewish Polotsk in the morning and a cinema screening of ‘Russian Jews Before the Revolution’ and a post-screening discussion in the afternoon. You can watch the film here.

We are very proud that the Polotsk community is participating in the festival. Throughout this year they have involved members of their community of all ages, in the exploration of their local Jewish story as part of their contribution towards the development of the Belarus Jewish Heritage Route that we at The Together Plan are building in association with the AEPJ (as part of the European Routes of Jewish Heritage).

Meanwhile, we at The Together Plan are putting the final touches to Zoymen 2021 – our online conference which is our entry to the EDJC Festival. With special guest Robert Rinder MBE, the screening of ‘The Mystery of the Black Book’, speakers from the UK, Spain, Israel, Belarus and the USA look out as we start to bring news of the 32 sessions over the coming weeks. The conference will run over two consecutive Sundays 10th and 17th October and we look forward to seeing you there.