Holocaust in the Soviet Union – the untold story 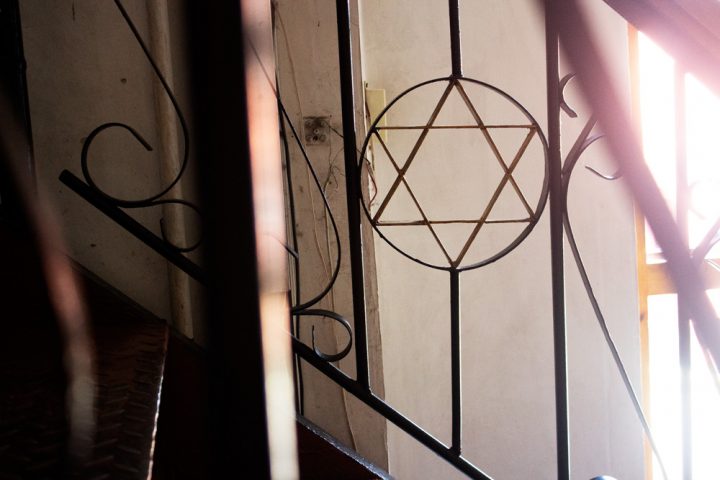 In 2019, a group of young adults travelled through Belarus as part of The Together Plan’s Youth for Youth summer programme, a research trip exploring the magnitude of the untold Jewish history in Belarus.

It was an extraordinary week as we went off the beaten track; accessed forgotten Jewish buildings not open to the public, visited lost Jewish cemeteries, hidden massacre sites, and visited isolated Jewish communities. We met with ghetto survivors, Belarusian Jewish historians, a Rabbi in Minsk, the British Ambassador and Jewish community leaders. We visited the Museum of Jewish Resistance in Novogroduk, heard about the escape of Jared Kushner’s family from the Novogroduk Labour Camp and saw the tunnel through which his family escaped. Listen to Jared’s grandmother, Rae, telling the story here

Our travelling group of young adults was truly international, with representatives from the UK, the USA, Mexico and Belarus. Both of the participants from Mexico, active members of Yiddish House London, and fluent Yiddish speakers brought a fascinating insight into every place we visited.

The rich and vibrant Jewish life in Belarus and across Eastern Europe and the Soviet Union was brutally and tragically extinguished during the complex years of political turmoil under the tyrannical leadership of Stalin and Hitler. Historian Timothy Snyder so powerfully lays it bare in his book ’Bloodlands, Europe Between Hitler and Stalin’ where he writes:

‘The bloodlands were where most of Europe’s Jews lived, where Hitler and Stalin’s imperial plans overlapped, where the Wehrmacht and the Red Army fought, and where the Soviet NKVD and the German SS concentrated their forces. Most killing sites were in the bloodlands: in the political geography of the 1930s and early 1940s, this meant Poland, the Baltic States, Soviet Belarus, Soviet Ukraine, and the western fringe of Soviet Russia. Stalin’s crimes are often associated with Russia and Hitler’s with Germany. But the deadliest part of the Soviet Union was its non-Russian periphery, and Nazis generally killed beyond Germany. The horror of the twentieth century is thought to be located in the camps. But the concentration camps are not where most of the victims of National Socialism and Stalinism died. These misunderstandings regarding the sites and methods of mass killings prevent us from perceiving the horror of the twentieth century.

Germany was the site of concentration camps liberated by the Americans and the British in 1945; Russian Siberia was, of course, the site of much of the Gulag, made known in the west by Alexander Solzhenitsyn. The images of these camps, in photographs or in prose, only suggest the history of German or Soviet violence. About a million people died because they were sentenced to labour in German concentration camps – as distinct from the German gas chambers and the German killing fields and the German starvation zones, where ten million people died. Over a million lives were shortened by exhaustion and disease in the Soviet Gulag between 1933 and 1945 – as distinct from the Soviet killing fields and the Soviet hunger regions, where some six million people died, about four million of them in the bloodlands. Ninety percent of those who entered the Gulag left it alive. Most of the people who entered German concentration camps (as opposed to the German gas chambers, death pits, and prisoner-of-war camps) also survived. The fate of concentration camp inmates, horrible though it was, is distinct from that of those many millions who were gassed, shot or starved.

The distinction between concentration camps and killing sites cannot be made perfectly: people were executed and people were starved in camps. Yet there is a difference between a camp sentence and a death sentence, between labour and gas, between slavery and bullets. The tremendous majority of the mortal victims of both the German and the Soviet regimes never saw a concentration camp. Auschwitz was two things at once, a labour camp and a death facility, and the fate of non-Jews seized for labour and Jews selected for labour was very different from the fate of Jews selected for the gas chambers. Auschwitz thus belongs to two histories, related but distinct. Auschwitz-as-labor-camp is more representative of the experience of a large number of people who endured German (or Soviet) policies of concentration, whereas Auschwitz-as-death-facility is more typical of the fates of those who were deliberately killed. Most of the Jews who arrived at Auschwitz were simply gassed; they, like almost all of the fourteen million killed in the bloodlands, never spent time in a concentration camp.

The German and Soviet concentration camps surround the bloodlands, from both east and west, blurring the black with their shades of grey. At the end of the Second World War, American and British forces liberated German concentration camps such as Belsen and Dachau, but the western Allies liberated none of the important death facilities. The Germans carried out all of their major killing policies on lands subsequently occupied by the Soviets. The Red Army liberated Auschwitz, and it liberated the sites of Treblinka, Sobibór, Bełžec, Chełmno, and Majdanek as well. American and British forces reached none of the bloodlands and saw none of the major killing sites. It is not just that American and British forces saw none of the places where the Soviets killed, leaving the crimes of Stalinism to be documented after the end of the Cold War and the opening of the archives. It is that they never saw the places where the Germans killed, meaning that understanding of Hitler’s crimes has taken just as long. The photographs and films of German concentration camps were the closest that most westerners ever came to perceiving the mass killing. Horrible though these images were, they only hinted at the history of the bloodlands. They are not the whole story; sadly, they are not even the introduction.’

Watch The Together Plan’s film documenting the trip in Belarus in 2019, mixed with archive footage: