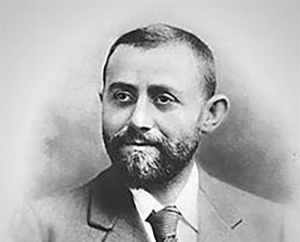 Often used as political ammunition, immigration has always been a topic that ignites the emotions of a community and sits at the core of the Jewish experience. The talent and skills that travelled with so many people have forged today’s global landscape. 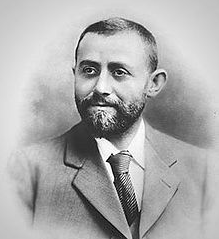 At The Together Plan, we believe in the importance of sharing stories; it’s how traditions and communities continue through the movement of its people. We want to highlight the important work and change that have come from Belarusians throughout history. This week, we want to share the story of Michael Marks.

Perhaps you know the name Michael Marks; maybe you don’t, but we’re confident you’ll have heard of his retail empire – Marks & Spencer.

Born in 1859 in Slonim, Belarus (then part of Russian Poland), Marks’ family emigrated to Leeds around 1882 when Marks was 23. At this time, around 40% of the world’s Jewish population lived in Eastern Europe and Governments restricted the Jewish communities freedom of movement, employment, and violent attacks were frequent. Many Eastern European Jews migrated to the North of England where the industrial boom was creating jobs. Marks’ family gained employment through a garment manufacturer called Barran, who employed Jewish immigrants. Marks spoke little to no English but thrived in the Leeds’ garment industry. In 1886, settled in the UK, Marks married Hannah Cohen at the Old Great Synagogue in Leeds.

In 1884, Marks met Isaac Dewhirst, the owner of a Leeds warehouse. Marks purchased goods from Dewhirst that Marks would sell in nearby villages. The business became so successful that Marks raised enough capital to open a market stall in Leeds’ open market. Business continued to boom, and Marks opened several more permanent stalls throughout Lancashire and Yorkshire in the following years. 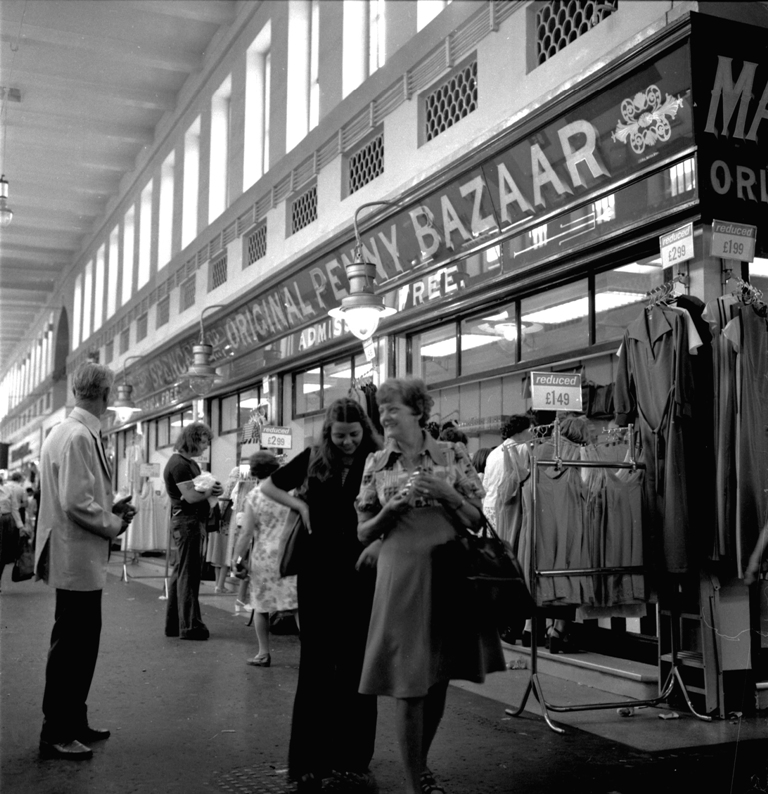 In 1894, Marks expanded again; through Dewhirst, Marks met Thomas Spencer, a cashier, who contributed £300 investment (the equivalent of £34,412) into Marks’ business for a 50% share of the Company. Between Maks and Spencer, they divided the work between them with Spencer running the office and Marks running the operation and market stalls. Together, they opened stores across England from Manchester to Birmingham.

Marks died in 1907 aged 48 and is buried in the Old Jewish cemetery in Crumpsall. Marks’ legacy has outlived him as Marks & Spencer has become an icon on the High Street for value and quality, forever adapting to the world’s circumstances and evolving retail environment. 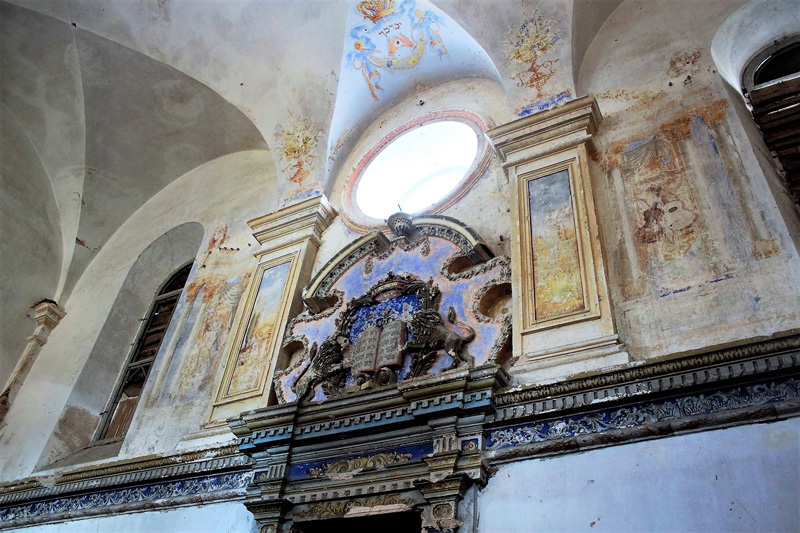 At the time of Mark’s birth, Slonim had a significant Jewish population which dates back to 1388 following the encouragement of Jewish immigration to the area by the Lithuanian government. The Great Synagogue was built in 1642 and survived the destruction and Nazi liquidation of the Slonim Ghetto (where 10,000 Jews were murdered in 1942 alone). The Synagogue is now in disrepair after World War II with a drastically diminished Jewish population; the World Monuments Fund lists it as a top priority site of Jewish interest in Eastern Europe. The Synagogue remains the best-preserved Synagogue in Belarus despite decades of neglect and vandalism. 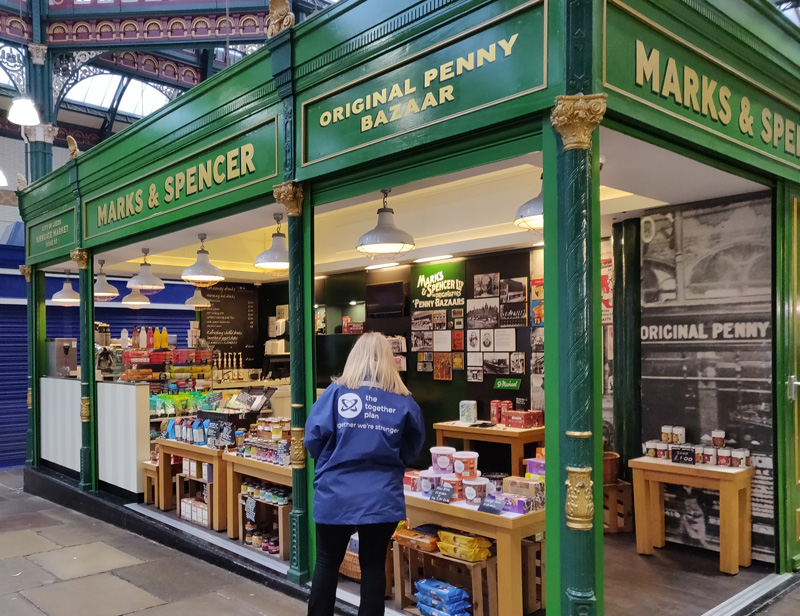 Just as we are creating a Heritage Trail across Belarus, M&S have created their very own Heritage Trail across Leeds – from the origin of the Company from that first market stall in Kirkgate Market to the retail giant it has become. It would be fair to say that the legacy of one poor Jewish immigrant from the Russian empire is somewhat mighty and to this day is celebrated as a major contributor to the British economy – creating wealth, jobs and a brand that we have all grown to know and rely on. There is a powerful lesson there, for sure.