A Soviet Jewish teen, a miracle bar mitzvah and 30 years on 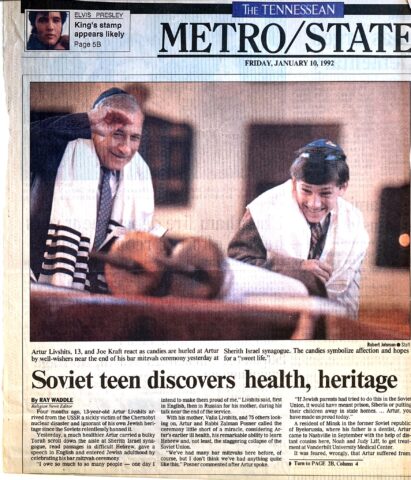 On January 9th 1992, a very unusual bar mitzvah took place at Congregation Sherith Israel Synagogue, that of a sickly Soviet teen who was ignorant of his Jewish heritage and had never had the opportunity of any interaction with Jewish religious life because the Soviet’s relentlessly banned it. With thanks to distant cousins in Nashville, Noah and Judy Liff, the Jewish boy from Minsk was able to travel to the USA. Miraculously, within 4 months of his arrival, he had learned English and Hebrew and was called to the Torah for his bar mitzvah. Prepared for his bar mitzvah at the Akiva School, Rabbi Zalman Posner z”l called the ceremony little short of a miracle. While preparing for the bar mitzvah, the Soviet Union collapsed. That Soviet teenager was none other than Artur Livshyts, co-founder of The Together Plan. At his bar mitzvah in 1992, Artur said that he hoped one day to make everyone proud.

From the USA Artur went to Israel where he lived in a boarding school for 9 months and then he returned to Belarus where he finished his education – graduating in Law and Human Rights at Minsk State University. Since his return to Belarus has devoted his life to the betterment of the Jewish people in Belarus which is highly complex and immensely challenging. In 2009 Debra Brunner’s path crossed with Artur’s. At that time, she was initiating a project in Belarus on behalf of her community in north London, Finchley Reform Synagogue. For the next 4 years Artur and Debra developed a close working relationship and he became her guide in navigating Jewish Belarus. 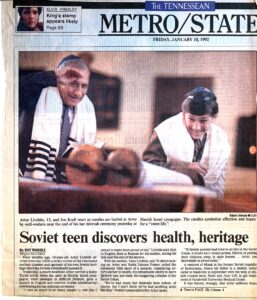 In 2013, Artur and Debra founded The Together Plan, to be able to do more for the vulnerable Jewish communities in Belarus and the former Soviet Union – send humanitarian aid from the UK, support Holocaust survivors, translate memory books, develop youth programmes, work on restoration projects, build a Holocaust education programme and help Jewish people reconnect to their lost heritage. In 2019, The Together Plan became a member of the AEPJ (European Association for the Preservation and Promotion of Jewish Heritage and Culture) to build a Jewish Cultural Heritage Route in Belarus as part of the European Route of Jewish Heritage (one of the Cultural Routes of the Council of Europe).

Artur is playing a vital key role in the Jewish community in Belarus helping Jews to discover their lost heritage and Jewish identity. Two weeks ago, Artur was appointed to the position of Vice Chair of the Jewish Religious Union of Belarus and will be helping to implement development strategies for communities across Belarus.

None of this would have been possible without that first introduction into Jewish religious and community life back in Nashville in 1992. Artur said then that he wanted to make everyone proud and we think he really is doing that in his words, actions, determination and unwavering support of the Jews in Belarus.

It is with great pride that we congratulate Artur on his new appointment in Belarus. It is a testament to everything that he has accomplished to date and we look forward to the next exciting chapter in our charity work with the Jewish comunities in Belarus as Artur takes up his new role.

To watch a short excerpt from Artur’s bar mitzvah in 1992 click here. 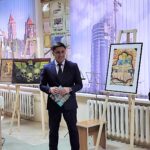 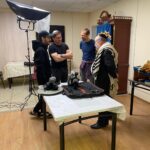 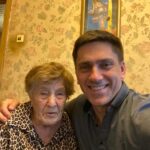