Exploring the ‘Pale of Settlement’ with the JGSGB 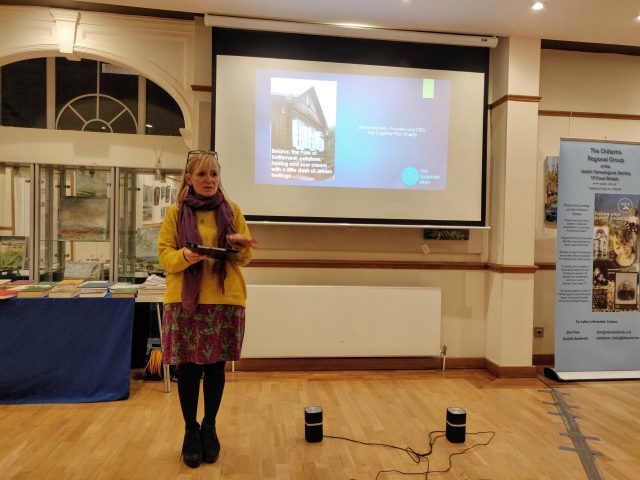 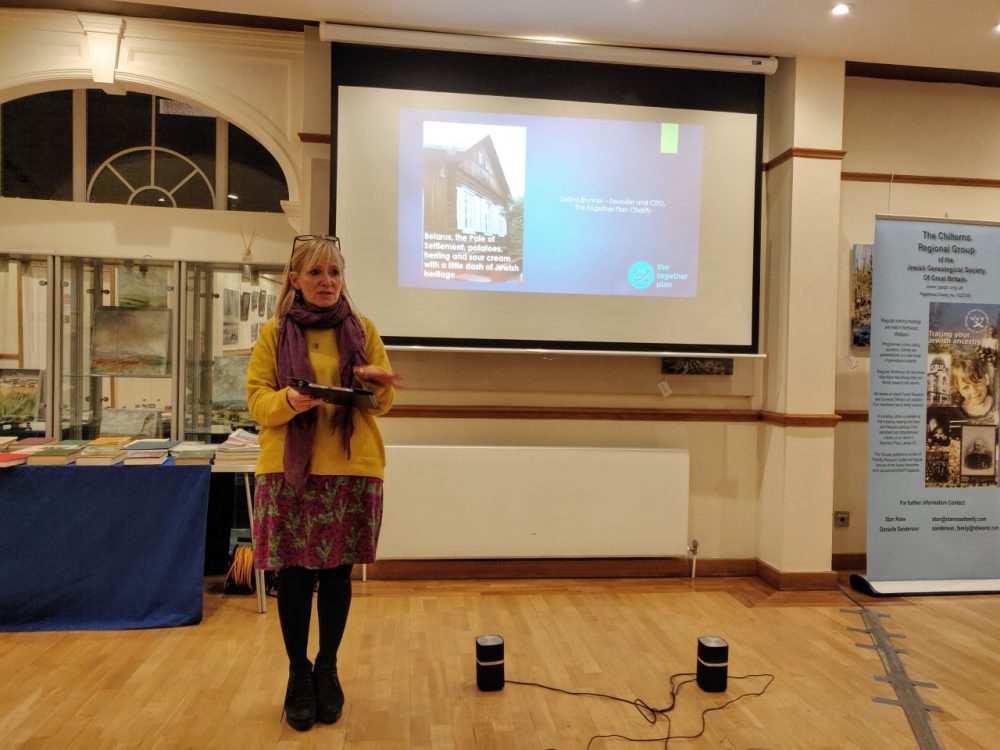 Our CEO, Debra Brunner, had the privilege of giving a talk on November 19th for the Jewish Genealogical Society of GB at Northwood Liberal Synagogue.

The title of the talk was ‘Belarus, the Pale of Settlement, Potatoes, Herring and Sour Cream with a Little Dash of Jewish Heritage’. A warm and receptive group came out on a chilly evening to hear Debra talk about the history of the Jews in the area that was the ‘Pale of Settlement’ in the Russian Empire going back to 1791. Where history predated photography, Debra showed artists’ representations of scenes from the Pale. She talked about the famous Rabbis from Belarus; Shneur Zalman (the founder and first Rabbi of Chabad), and Rabbi Joseph B. Soloveichik (Rabbi and philosopher), the famous Belarusian yeshivas (Volozhin and Mir), Belarusian synagogues of vital heritage importance (Slonim and Ashmiany), Lev (Leon) Pinsker, the founder of Hibbat Tsyion the early Zionist movement, and she talked about the traditional Jewish food in Belarus.

The Jewish history in the region is now playing an increasingly important role in The Together Plan’s newest and most challenging project to date – building a Jewish Cultural Heritage Trail in Belarus with Belarusian communities taking an active role in the development of the route. This project is part of the European Jewish Cultural Routes programme led by the European Association for the Preservation and Promotion of Jewish Heritage and Culture (AEPJ). The Together Plan became a member of the AEPJ in March 2019. Stay with us as this very exciting project starts to take shape.

Back to the November 2019 newsletter »