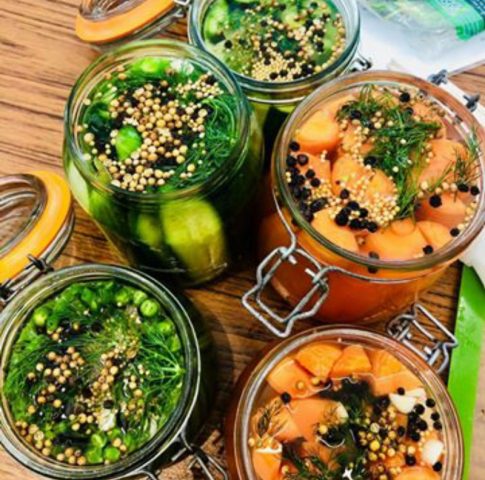 In Lacto-fermentation, we create an ecosystem for Lactobacillus (the same bacteria found in yoghurt) to thrive and convert carbohydrates into lactic acid. The acid acts as a natural preservative. The result is not only delicious but also healthy – aiding digestion and boosting the immune system.

Produce: Choose the freshest, thinnest cucumbers possible. Crooks cucumbers are perfect. Kirby is the best choice variety. Cucumbers can be replaced with green beans for similar flavour results and a consistent crunch.

Patience: The true process of fermentation involves waiting as the bacteria go to work. Be sure to keep your jar in a moderate temperature space (65-75 degrees F). On your kitchen worktop should do the trick. Keep your veggies under the salty brine – so cover them completely. Anything above the liquid might get a tad mouldy. Mould can happen and it is OK. Anything white can be scraped away/cut off from the veggies, and the rest will be just fine. Once the pickles reach the desired flavour, put them in the fridge to stop the fermentation process and keep them there. Enjoy! 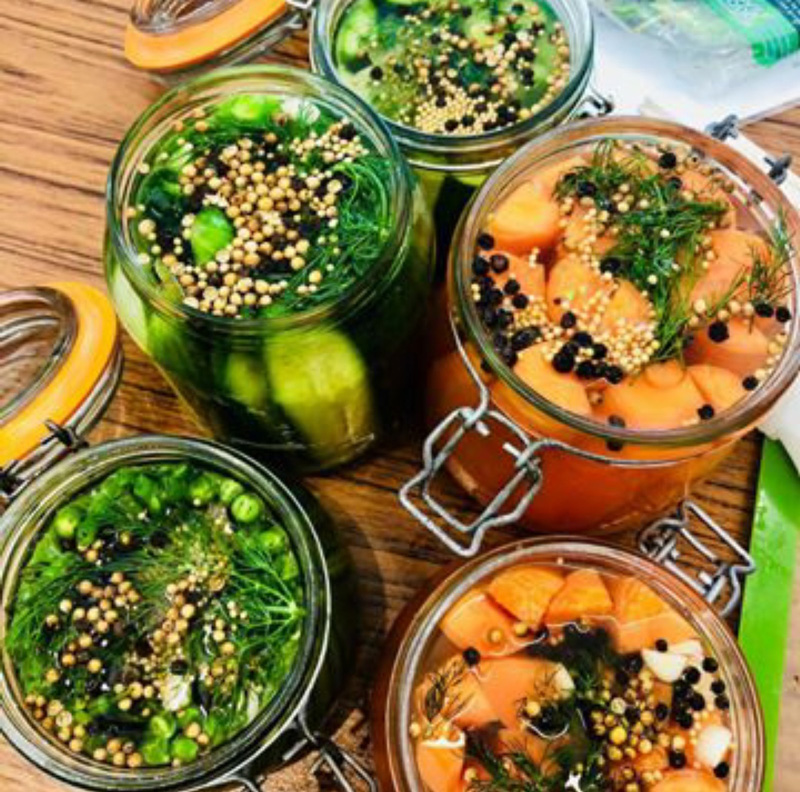 An adaptation from a recipe by Liz Alpern of The Gefilteria, New York

Back to the Special edition Newsletter »