The hidden history of Jewish Belarus and why it matters 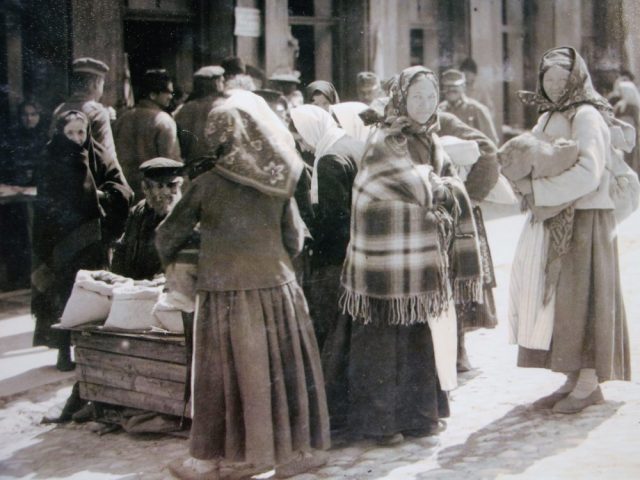 Article by Debra Brunner featured in the Jewish Chronicle newspaper 24th December 2021. Click here for the article in the newspaper. 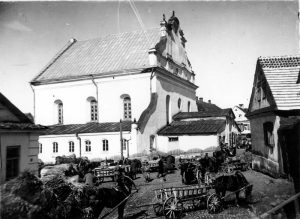 There are few richer sources of Jewish history than in the tiny country of Belarus. Bordered by Lithuania, Russia, Ukraine, Poland and Latvia, it’s hard to imagine such a small country holding a vital key to the identity of Ashenkazi Jews around the world.  Belarus IS Jewish history, and it is precisely the political challenges it has faced, and still faces today, which keep its cultural secrets and historic treasures hidden.

It would take a thousand articles to plot over almost 700 years of Jewish Belarusian history, and a library of books to effectively convey the cycles of people movement, restrictions and exemptions, suspicion, mistrust, antisemitism and destruction wrought by the Cossacks, Russians, Soviets and Germans. Communism silenced those who survived post war, and many forgot what it meant to be a Jew. 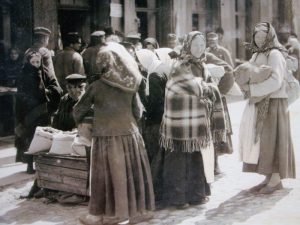 Yet there is an incredible thing about Belarus. While it has seen generations of tragedy and horror for our people, it also holds unique knowledge which defines modern Diaspora – how we have come to live where we do, how family names have evolved and even what personal traits we may possess! Belarus offers insight into Jewish psyche through tales of survival and triumph and the richness of  community life. In spite of continuous attempts to wipe it out, it is still fighting for survival.

Bouts of oppression, annexation and destruction followed the Jews of Belarus through the centuries; from expulsion by Grand Duchy of Lithuanian Duke, Alexander Jagiellon in 1495, to the creation of the Pale of Settlement (one vast ghetto) by Catherine the Great in 1791 and, later, restrictions and destruction under Josef Stalin and near annihilation by Adolf Hitler. Yet the Germanic based Yiddish language flourished and spread throughout these lands (once even spoken by non-Jews in Belarus), and the Jews there created lasting traditions 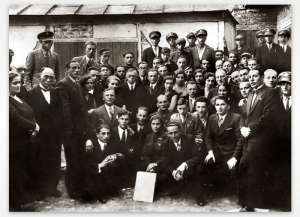 of Torah study and religious learning in the Yeshivas such as Mir and Volozhin. They became teachers, successful merchants, revolutionaries and – if that cross section of society weren’t enough – global leaders in creative arts. Marc Chagall’s paintings hang centre stage in the most definitive galleries to this day. The founding fathers of Israel came from or had ancestral homes in Belarus, (Chaim Weitzman, Menachem Begin, Shimon Peres, Yizhak Shamir, Yizhak Rabin) – further cementing it as the epicentre of Jewish history. Many of those who were born around 1900 and later, were secular, socialist, Zionist and educated, not poor. They were progressive in their thinking. Israel would not exist if they and other young Zionists from eastern Europe had not been so willing to go there and build something from nothing.

Yet, historically in Belarus, as Jewish success grew, the worse life became. From 1881, after the assasination of Tsar Alexander II, the Jews of Belarus saw the first wave of devastatingly violent anti-Jewish pogroms. 1903-1906 brought further bloody attacks across the whole region and a third wave between 1919-21 in Ukraine and Belarus.

Then the worst atrocity to befall Jewish people. In Belarus, even to this day, there is no official Holocaust education, and little is known about the 800,000 plus Belarusian Jews who perished during WWII. It is equally remarkable that in Western Holocaust education, Belarus is barely mentioned in the curriculum, despite its importance to the Holocaust story.

As German troops marched into the Soviet Union in 1941, a terrifying practice of Jewish extermination took hold: “Holocaust by bullets.” Instead of deportation to camps such as Auschwitz (the common condemnation of German, Western and Central European Jews), Soviet Jews were forced into ghettos before being gunned down where they lived.

By autumn 1943. the majority of the Jews of Belarus had been slaughtered. Mass graves existed in almost every town or village; close to the edges of settlements, in the middle of a field or tucked away in forests. You wouldn’t know they are there, if it were not for the rare signpost or memorial stone, all but invisible.

This ‘Great Patriotic War’ has since been remembered as the moment in which the Soviet population, the Communist Party, and the Soviet government joined forces to defeat the German invaders. The Holocaust, the systematic extermination of Jews just because they were Jews, was not acknowledged nor allowed as part of memory culture. The logic was that all Soviet citizens suffered equally, therefore any attempt to highlight Jewish suffering was treachery. Only since the breakup of the Soviet Union in 1991 have we seen efforts to mark killing sites permitted, though gaining permission is delicate.

How can we say “never forget” when we don’t yet know the whole story? We have a duty to seek the truth, share it and give voice to all those who were murdered in the Holocaust. The history of Belarus is OUR history. Belarusian society, and Jews and non-Jews the world over, need to develop a way to commemorate the Holocaust and all its history for two reasons. For one, Jewish culture has made a huge impact on the historical development and the cultural heritage of the region: Jewish history is part of Belarusian history. To ignore the fact that neighbours, classmates, or colleagues of the population were singled out to be killed, is to ignore that they existed at all.  Secondly, to remember the Holocaust and learn of pogroms, enables Belarusian society (ALL societies) to consider how non-Jews responded to the mobilisation of antisemitism and violence against their Jewish population.  Recovering this history is facing up to difficult questions. It requires that modern societies analyse and understand how genocide is possible. We need to create conditions in which we can confidently say “never again”.

Across the world, we carry our modern Jewish identity with the shadows of ancestors behind us.  With a rise in global antisemitism and widespread lack of knowledge (even belief!) about the Holocaust, we have to journey into our past – to the heart of Belarus – so our futures can be clearly defined.