Understanding the Bigger Picture and Why History Matters 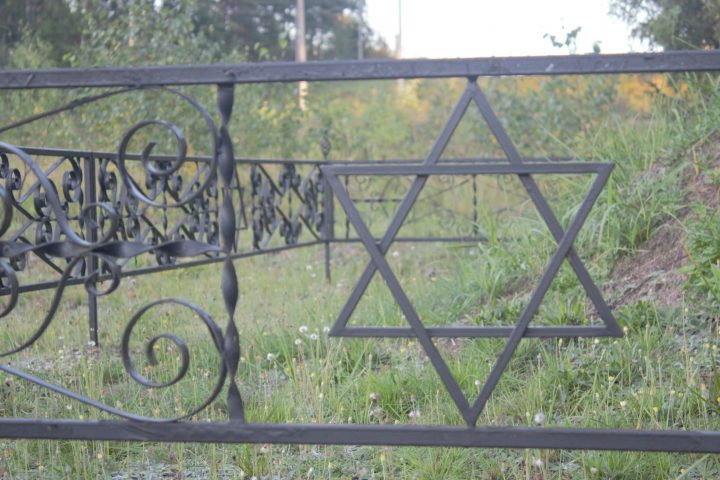 Under Hitler and Stalin, the Nazi and Soviet regimes murdered fourteen million people in the bloodlands between Berlin and Moscow. The killing fields extended from central Poland to western Russia. For twelve savage years, on this bloodsoaked soil an average of one million individuals – mostly women, children and the aged – were murdered every year. Though in 1939 these lands became battlefields, not one of these fourteen million was killed in combat. They were victims of murderous policy, not casualties of war.

In his deeply unsettling and revelatory book, Timothy Snyder gives voice to the testimony of the victims through letters home, the notes flung from trains, the diaries on corpses. It is a brilliantly researched, profoundly humane and authoritative book that demands we pay attention to those that history is in danger of forgetting.

An excerpt from the preface of Bloodlands, Europe Between Hitler and Stalin:

“The sheer numbers of the victims can blunt our sense of the individuality of each one. “I’d like to call you by name”, wrote the Russian poet Anna Akhmatova in her Requiem, “but the list has been removed and there is nowhere else to look”. Thanks to the hard work of historians, we have some of the lists; thanks to the opening of the archives in eastern Europe, we have places to look. We have a surprising number of the voices of the victims; the recollections (for example) of one young Jewish woman who dug herself from the Nazi death pit at Babi Yar, in Kiev; or of another who managed the same at Ponary, near Vilnius. We have the memoirs of some of the few dozen survivors of Treblinka. We have an archive of the Warsaw Ghetto, painstakingly assembled, buried and then (for the most part) found. We have the diaries kept by the Polish officers shot by the Soviet NKVD in 1940 at Katyn, unearthed along with their bodies. We have notes thrown from the buses taking Poles to death pits during the German killing actions of that same year. We have the words scratched on the wall of the synagogue in Kovel; and those left on the wall of the Gestapo prison in Warsaw. We have the recollections of Ukrainians who survived the Soviet famine of 1933, those of Soviet prisoners of war who survived the German starvation campaign of 1941, and those of Leningraders who survived the starvation siege of 1941-1944

We have some of the records of the perpetrators, taken from the Germans because they lost the war, of found in Russian or Ukrainian or Belarusian or Polish or Baltic archives after the collapse of the Soviet Union in 1991. We have reports and letters from German policemen and soldiers who shot Jews, and of the German anti-partisan units who shot Belarusian and Polish civilians. We have the petitions sent by the communist party activists before they enforced famine in Ukraine in 1932-1933. We have the death quotas for peasants and national minorities sent down from Moscow to regional NKVD offices in 1937 and 1938, and the replies asking that these quotas be increased. We have the interrogation protocols of the Soviet citizens who were then sentenced and killed. We have German death counts of Jews shot over pits and gassed at death facilities. We have Soviet death counts for the shooting actions of the Great Terror and at Katyn. We have good overall estimates of the numbers of killings of Jews at the major killing sites, based upon tabulations of German records and communications, survivor testimonies, and Soviet documents. We can make reasonable estimates of the number of famine deaths in the Soviet Union, not all of which were recorded. We have Stalin’s letters to his closest comrades, Hitler’s table talk, Himmler’s databook, and much else. Insofar as a book like this one is possible at all, it is thanks to the achievements of other historians, to their use of such sources and countless others. Although certain discussions in this book draw from my own archival work, the tremendous debt to colleagues and earlier generations of historians will be evident in its pages and the notes.

Throughout, the work will recall the voices of the victims themselves, and those of their friends and families. It will cite the perpetrators as well, those who killed and those who ordered the killing. It will also call as witnesses a small group of European writers: Anna Akhmatova, Hannah Arendt, Jozef Czapski, Gunter Grass, Vasily Grossman, Gareth Jones, Arthur Koestler, George Orwell, and Alexander Weissberg. (It will also follow the career of two diplomats: the American Russian specialist George Kennan, who found himself in Moscow at crucial moments; and the Japanese spy Chiune Sugihara, who took part in the policies that Stalin saw as justifying mass terror, and then saved Jews from Hitler’s Holocaust.) Some of these writers recorded one policy of mass killing; others, two or even more. Some of them provided lucid analyses, others jarring comparisons, others unforgettable images. What they have in common is a sustained attempt to view Europe between Hitler and Stalin, often in disregard of the taboos of their day.

In a comparison of the Soviet and Nazi regimes, the political theorist Hannah Arendt wrote in 1951 that factuality itself “depends for its continued existence upon the existence of the nontotalitarian world”. The American diplomat George Kennan made the same point in simpler words in Moscow in 1944: “here men determine what is true and what is false”.

Is truth nothing more than a convention of power, or can truthful historical accounts resist the gravity of politics? Nazi Germany and the Soviet Union sought to master history itself. The Soviet Union was a Marxist state, whose leaders proclaimed themselves to be scientists of history. National Socialism was an apocalyptic vision of total transformation, to be realized by men who believed that will and race could slough off the burden of the past. The twelve years of Nazi and the seventy-four years of Soviet power certainly weigh heavily on our ability to evaluate the world. Many people believe that the crimes of the Nazi regime were so great as to stand outside history. This is a troubling echo of Hitler’s own belief that will triumphs over facts. Others maintain that the crimes of Stalin, though horrible, were justified by the need to create or defend a modern state. This recalls Stalin’s view that history has only one course, which he understood, and which legitimises his policies in retrospect.

Without a history built and defended upon an entirely different foundation, we will find that Hitler and Stalin continue to define their own works for us. What might that basis be? Although this study involves military, political, economic, social cultural and intellectual history, its three fundamental methods are simple: insistence that no past event is beyond historical understanding or beyond the reach of historical inquiry; reflection upon the possibility of alternative choices and acceptances of the irreducible reality of choice in human affairs; and orderly chronological attention to all of the Stalinist and Nazi policies to all of the Stalinist and Nazi policies that killed large number of civilians and prisoners of war. Its form arises not from the political geography of empires but from the human geography of victims. The bloodlands were no political territory, real or imagined; they are simply where Europe’s most murderous regimes did their most murderous work.

For decades, national history – Jewish, Polish, Ukrainian, Belarusian, Russian, Lithuanian, Estonian, Latvian – has resisted the Nazi and Soviet conceptualizations of the atrocities. The history of the bloodlands has been preserved, often intelligently and courageously, by dividing the European parts, and then by keeping these parts from touching one another. Yet attention to any single persecuted group, no matter how well executed as history, will fail as an account of what happened in Europe between 1933 and 1945. Perfect knowledge of the Ukrainian past will not produce the causes of the famine. Following the history of Poland is not the best way to understand why so many Poles were killed in the Great Terror. No amount of knowledge of Belarusian history can make sense of the prisoner-of-war camps and the anti-partisan campaigns that killed so many Belarusians. A description of Jewish life can include the Holocaust, but not explain it. Often what happened to one group is intelligible only in light of what had happened to another. But that is just the beginning of the connections. The Nazi and Soviet regimes, too, have to be understood in light of how their leaders strove to master these lands, and saw these groups and their relationships to one another.

Today there is widespread agreement that the mass killing of the twentieth century is of the greatest moral significance for the twenty-first. How striking, then, that there is no history of the bloodlands. Mass killing separated Jewish history from European history, and east European history from west European history. Murder did not make the nations, but it still conditions their intellectual separation, decades after the end of National Socialism and Stalinism. This study brings the Nazi and Soviet regimes together, and Jewish and European history together, and the national histories together. It describes the victims, and the perpetrators. It discusses the ideologies and the plans, and the systems and the societies. This is a history of the people killed by the policies of distant leaders. The victims’ homelands lay between Berlin and Moscow; they became the bloodlands after the rise of Hitler and Stalin.”