Putting young learners in the driving seat of Holocaust education 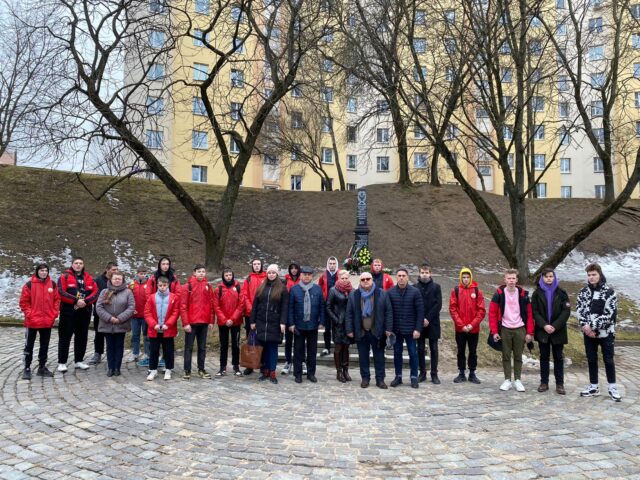 Visiting Yama pit, where 5000 Jews were shot in the Minsk Ghetto

The impact of Covid, austerity, now a cost of living and climate crisis is weighing heavily on people as they feel deeply vulnerable, exhausted and disempowered. Young people are really feeling the impact, unsure of the future, suffering the impact of Covid on their education and now unsure of how the coming years will impact their development, growth potential and careers. At the same time, in the political world, Brexit, Trumpism and Putin’s war in Ukraine have triggered a new wave of right-wing nationalism across the world and antisemitism is again on the rise.

It is a bleak outlook, but in times of adversity, there is always opportunity. Young people need tools to help them feel empowered to grow and become tomorrow’s empathetic leaders to take our world forward in a responsible way. At The Together Plan, we believe we have developed one such tool – it is a programme called Making History Together and results are now starting to show.

Making History Together is an informal education programme – a six month journey of self-development which puts young learners in the driving seat of social change, giving them the tools to challenge, speak out, and positively impact others. It is a unique programme delivered through monthly postal packs, specially created films, archive materials and personal stories with six online workshop sessions.

So how did this programme come to life and why?

The Together Plan is a charity working to support socially and economically vulnerable communities in the former Soviet Union and their focus is in Belarus. The charity is building a Jewish Cultural Route in Belarus working with Jews and non-Jews in the country to explore, research and tell the rich and tragic 700 year old story of the Jews of Belarus. One chapter in this epic story is the Holocaust, but this history is little talked of – both in Belarus and beyond, even in Holocaust museums and in Holocaust education programmes around the world. As we started to explore this part of the history of Belarus in the building of our Cultural Route – we came to understand that there was a burgeoning need to talk about this history and understand why it had been silenced. Our mission as a charity is to empower communities and help them to grow. Through the establishment of Jewish heritage communities in Belarus, for the first time, people there are learning their own history. 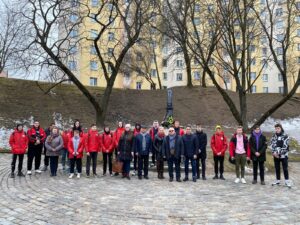 A key part of the Belarus Jewish Cultural Route is understanding what happened to Jews of Belarus running up to and after the Second World War. The territory that is modern day Belarus has been tossed on the waves of changing empires, ruling parties and invasions. The Jews and non-Jews living on these lands continuously faced changing edicts that impacted their ability to live together. At the same time, repressions on the Jews, causing brutal antisemitic attacks, gave rise to mass waves of emigration, but also created changes amongst those who stayed – giving rise to the Zionist movements, and the Jewish political movement – the Bund. These repressions during the times of the Russian Empire forced new regulations on the Yeshivas (devout schools of religious study) which in turn sparked new schools of thought in the Jewish world that have impacted and influenced Judaism in the modern world that we live in today.

After the Second World War, Jews who survived in the Soviet Union were unable to tell their stories since it was communist party protocol that all Soviet citizens had suffered at the hands of Nazi Germany. Jewish religious life could no longer be practiced openly. One of the terrible ironies of World War Two is that at the same time that Soviet Union was fighting so desperately against Nazi Germany, Soviet antisemitism began to rise. There had been 1100 State sponsored Yiddish schools in  1931, by 1949 there were none.  Golda Meir, the newly appointed and first Israeli Ambassador to the Soviet Union, came to the Moscow’s Choral Synagogue on the first day of Rosh Hashanah in 1948. Around 50,000 Soviet Jews came out to welcome her, which caused consternation among the Soviet leadership. During the Cold War, Soviet Jews were thought to be a security liability or possible traitors. To apply for an exit visa, the applicants (and often their entire families) would have to quit their jobs, which in turn would make them vulnerable to charges of social parasitism, a criminal offense. Many were refused their visas – and became known as Soviet Jewish Refuseniks.

Today in Belarus, no longer a part of the Soviet Union, there is no official Holocaust education. Few there know anything about the history of the Jews who once lived and contributed to almost every village and town in the country. Tangible signs of the lives they once lived can be found everywhere – empty, abandoned synagogues, intact but abandoned cemeteries and unmarked spaces where cemeteries once stood. Memorials by the sides of the road where Jews were murdered. There are today reviving communities and some extraordinary local efforts have been made by non-Jews to create small museums, but there is a lot of work to be done.

To tell this story and help Belarusians we have created a programme to explore this history. One of the goals was to help young people in Belarus connect to their peers in the UK and beyond. To that end we understood that we needed to be able to deliver the programme outside of Belarus to help raise awareness of this history, whilst building connections and helping young people become empowered in becoming the builders of future communities.

The result is that Making History Together is now a powerful informal education programme through six themes – Generation to Generation, Identity, Power and Leadership, antisemitism, Tikkun Olam: Repair the World and Memory and Self. The parallel programme in Belarus is developing and young people there are now exploring their Holocaust history, something they are taking very seriously and with great responsibility.

On November 13th we unveiled the Making History Together traveling exhibition, which is now available to help more people understand the significance of this history and the lessons we can learn. Moreover, the participants of the programme are invited to contribute to the exhibition – with submissions of art, poetry, or a written piece and these are accessed through QR codes embedded into the exhibition. Click here to find out more about the exhibition and the launch.

The feedback from the programme participants has been incredibly positive. One teenager told us that the programme helped him to manage a situation of Antisemitic bullying in his school. Others have written to their headmaster to ask him to bring the exhibition to their school as they were so impacted by it:

‘I wish to highlight how informative I found The Together Plan course. It was an engaging, inspiring and enlightening experience. It was extremely interesting learning about Belarus’ Jewish history, as most of its past was ultimately erased by the Soviets and Nazis. We were given primary sources to analyse and to discuss such as passports, Holocaust documents and lots more. It was a mature subject matter but managed sensitively and made relevant to our lives today.  My highlight was taking part in online seminars with teenagers from Belarus, learning the same content as us for the first time.’ 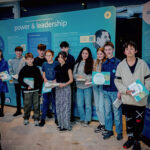 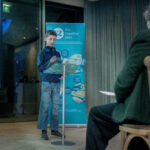 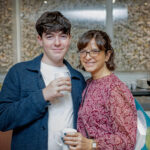 UK participants of the Making History Together Programme 2021 and 2022

The Making History Together Programme will be running again in 2023 – there are 25 places available.

To register your interest in the programme please email mht@thetogetherplan.com.

The Exhibition is also now available to travel and we look forward to developing links to schools and communities in the coming months. For more information please email mht@thetogetherplan.com