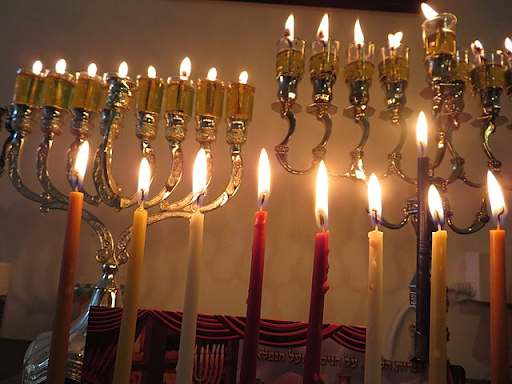 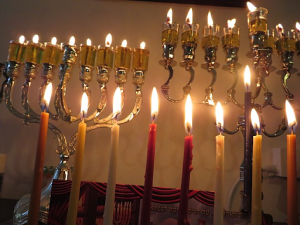 The eight-day Jewish celebration known as Hanukkah or Chanukah commemorates the rededication during the second century B.C. of the Second Temple in Jerusalem, where according to legend, Jews had risen up against their Greek-Syrian oppressors in the Maccabean Revolt. Hanukkah, which means “dedication” in Hebrew, begins on the 25th of Kislev in the Hebrew calendar and usually falls in November or December. Often called the Festival of Lights, the holiday is celebrated with the lighting of the menorah, traditional foods, games and gifts.

The holiday of Chanukkah is completely oil-oriented. The miracle involved the Greeks’ unsuccessful attempt to defile all the oil in the Holy Temple, and the miraculous jug of oil which burned for eight days.

We celebrate by lighting menorahs—preferably with oil—and eating oily foods such as latkes (or draniki in Belarus) and doughnuts.

This article was first published on November 18th 2021

Try our recipe from our special guest Hilda Bronstein: