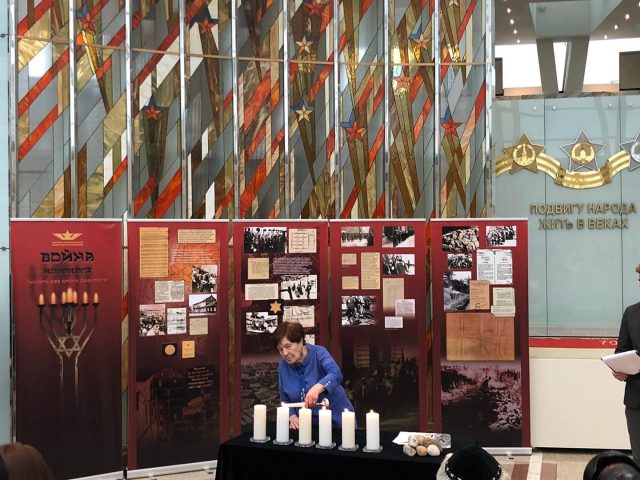 The first ever Holocaust Memorial Day commemoration in Belarus – an important step in starting to navigate the complexities of the political landscape of ‘the Bloodlands’ 1939-45.

On January 27th co-founders of The Together Plan, Debra Brunner and Artur Livshyts, on invitation from the Belarusian Ministry of Foreign Affairs, attended the 1st ever official Holocaust Memorial Day event in Minsk. The event was located in the Hall of Glory at the Great Patriotic War Museum in Minsk. An auspicious and solemn event, attended by many Ambassadors and official representatives including Germany, Austria, the USA and the UK. Survivors of the Minsk Ghetto were, for the first time, given an official platform at the highest level, to be heard and recognised – an important and historic moment. Their body language said it all and never before had we seen the survivors so animated. It was their time. The room was filled with television camera crews and journalists; the click of cameras was discernible over the silence. It was a powerful, moving and thought provoking ceremony and candles were lit in memory of the 800,000 victims. Belarus as a country suffered terribly at the hands of the Nazis. Many Belarusians were brutally murdered as the Werhmacht, the German army, marched towards Moscow, burning down whole villages and their inhabitants as they went. At the same time the Einsatzgruppen squads were entering the territory via Brest (then Poland, becoming part of the Soviet Union post WW2 – today a border town in southern Belarus) with the sole aim of destroying all Jewish life. Their methods were brutal, vicious, cruel and barbaric. This is history untold. As no allies reached this territory, and no-one spoke about their suffering, It is history’s secret.

It is our aim, as The Together Plan, to tell the stories that are, until now, untold. By building a Jewish Cultural Heritage Trail in Belarus we will ensure that the complex and difficult narrative of Belarus becomes known. Communities will be enabled to share their stories, explore their history and will be encouraged to talk. Only when you understand and explore your history, heritage and identity can you start to rebuild and revive. 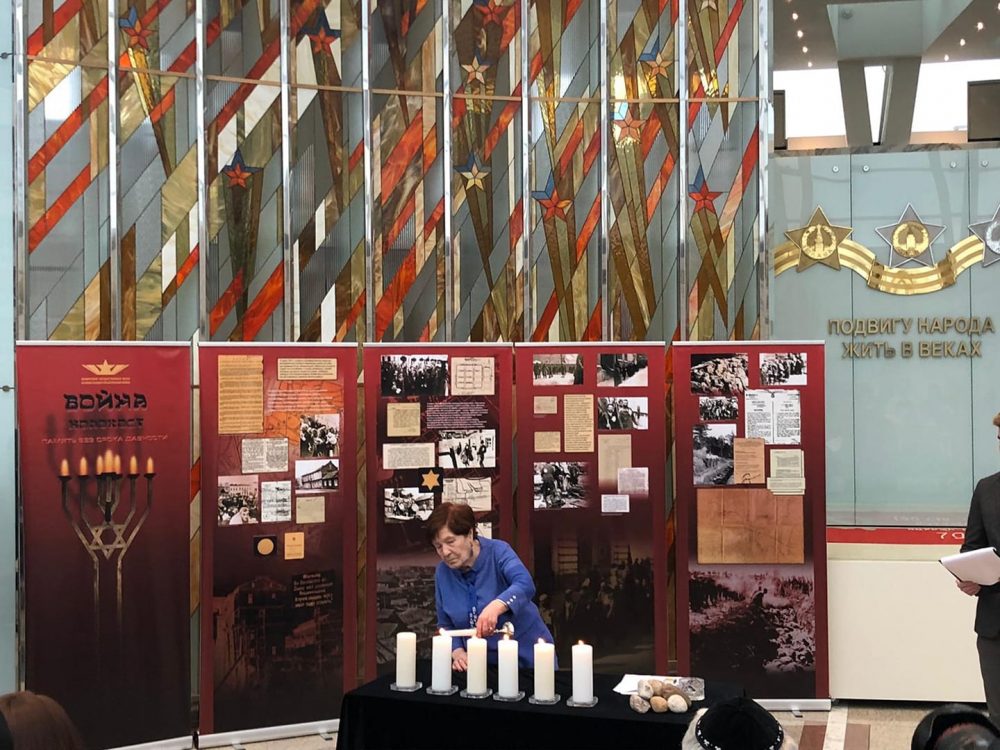 Back to the February 2020 newsletter »