A miraculous rediscovering of the Brest headstones 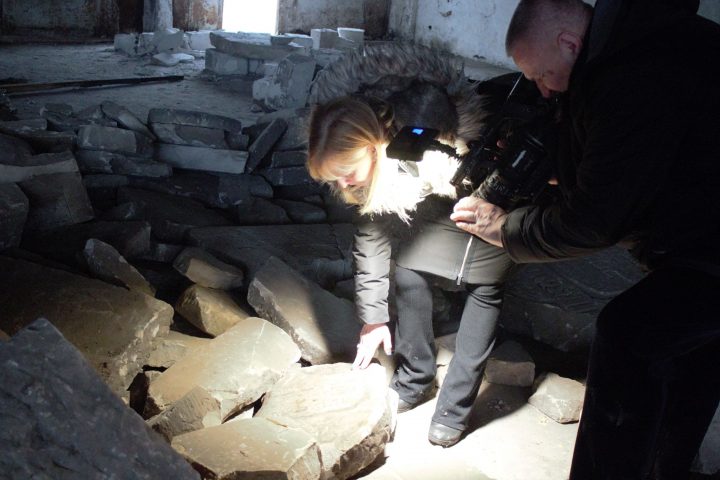 It was back in 2013, that we came to hear about the story of the Brest-Litovsk Jewish cemetery. All over the Soviet Union, after the end of the Second World War, Jewish cemeteries were dismantled. The headstones were valuable building materials and the Soviet’s had plans to make use of the now available land. 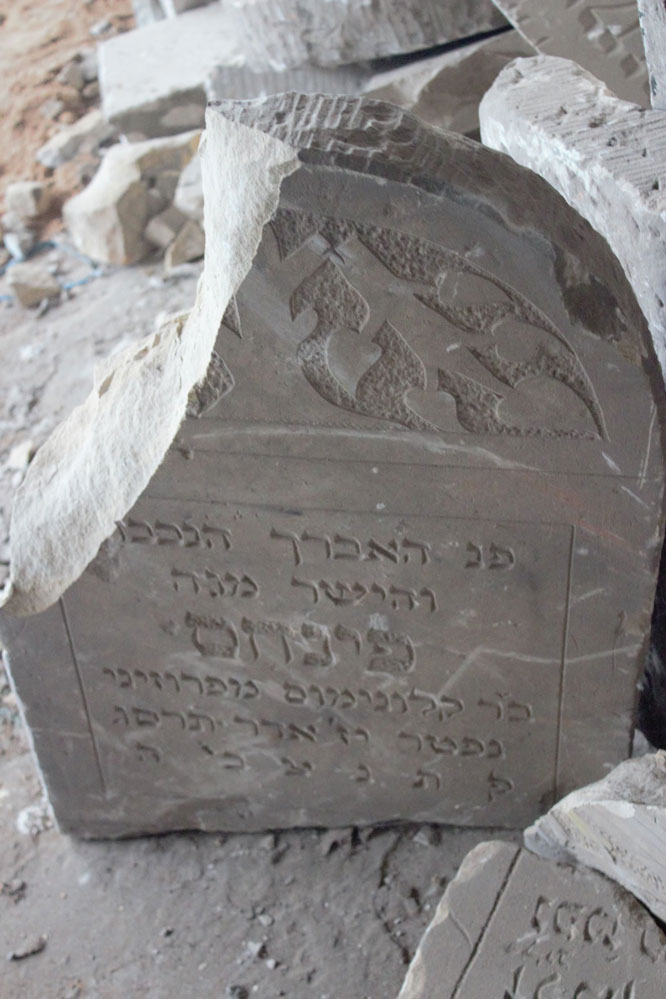 In some instances, buildings were constructed on the cemeteries, condemning them to be forever lost. The majority of the cemeteries were left without a marker; the very existence of the communities that once lived, worked and died in these places was simply erased. When the story of the Brest-Litovsk cemetery in southern Belarus, came to our attention, we were gripped. We knew that this was important and we decided to do all we can to bring this to the world’s attention. In 2014, one of our Youth for Youth ambassadors Kate Samuelson, then a Masters student in Journalism, wrote an article which was published by Vice Online. The Daily Mail picked up the story, as did the Times of Israel and YNet News.

Before WW2, the Jewish community in Brest numbered 26,000; it was essentially a Jewish town. After the war only 11 Jews were left. In the 1950’s the Soviets removed all the headstones and used them as building materials and paving stones. They lay a running track on the cemetery land and turned it into a sports centre. All trace of the Jewish community was gone. Except it wasn’t. Around twenty years ago, people started to find the headstones and return them to a representative of the Brest Jewish community – someone everyone believed was a trustworthy leader. The Brest Municipality gave the headstones sanctuary and allowed them to be stored under the arches of the Brest Fortress. For many years there were promises to build a memorial, but no action was ever taken. More and more headstones were being returned, but it became clear they were falling into the wrong hands. How were we going to help campaign for a memorial with no access to the headstones? 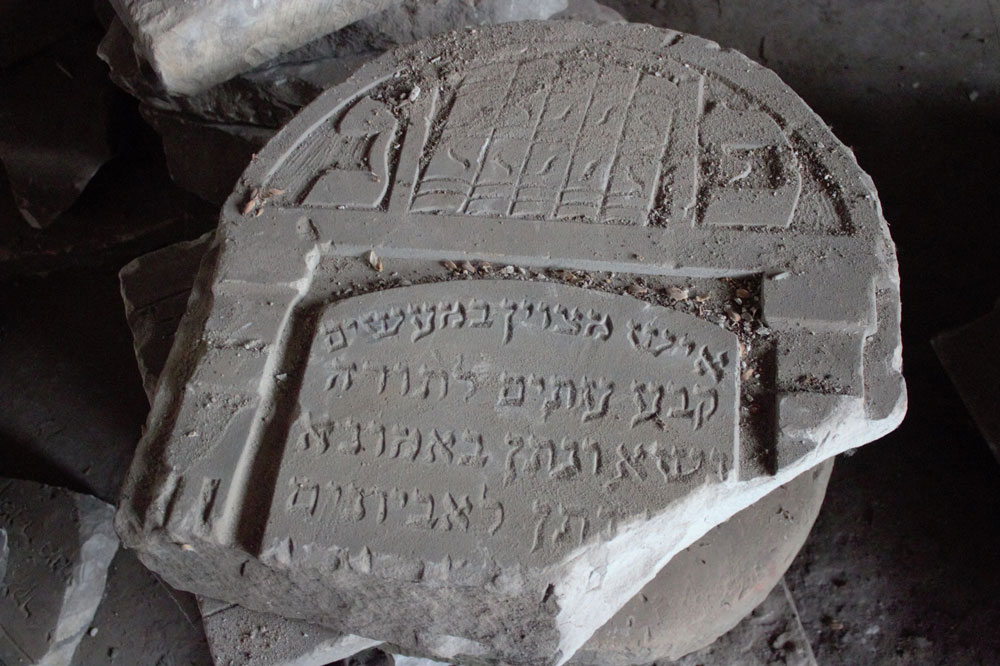 In 2019, the Brest Municipality repeatedly asked for the headstones to be relocated, but no action was taken. What transpired was nothing short of a miracle. The Municipality, finally lost patience and took it upon themselves to remove the headstones. And just like that they were gone; we didn’t know where they were and we didn’t know if we would ever see them again. No-one knew what had happened to the collection of reclaimed headstones that had previously been located underneath the arches of the Brest Fortress. In January 2020 we reached out to the Brest Municipality and asked to see the headstones. We received a positive response and a willingness to meet and lead us to them. 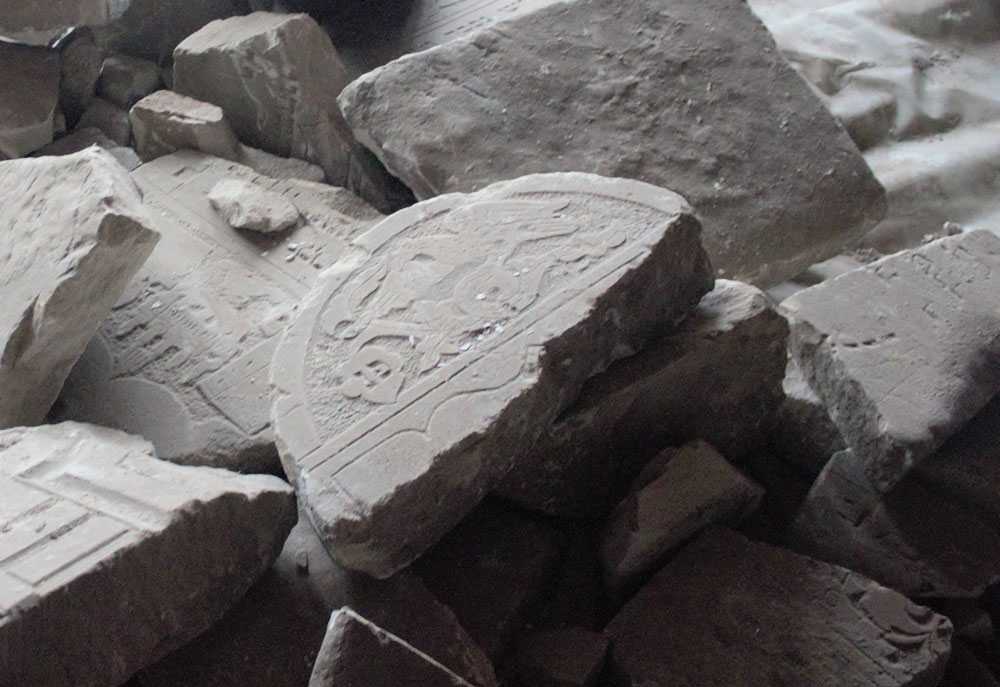 On January 29th we travelled from Minsk to Brest, a four hour car journey through deep snow. We picked up our cameraman en route and the plan was to see the headstones and create a film for the campaign to build a memorial. We asked the Rabbi from the Orthodox community in Brest to join us along with the Jewish archivist. As promised, we were taken to the headstones, now in a run down warehouse on the outskirts of Brest. The stones were haphazardly strewn across the floor of a bitterly cold, disused warehouse building with no windows. But, they were there and they were safe. A sea of broken Jewish headstones waiting to be taken to a final resting place. 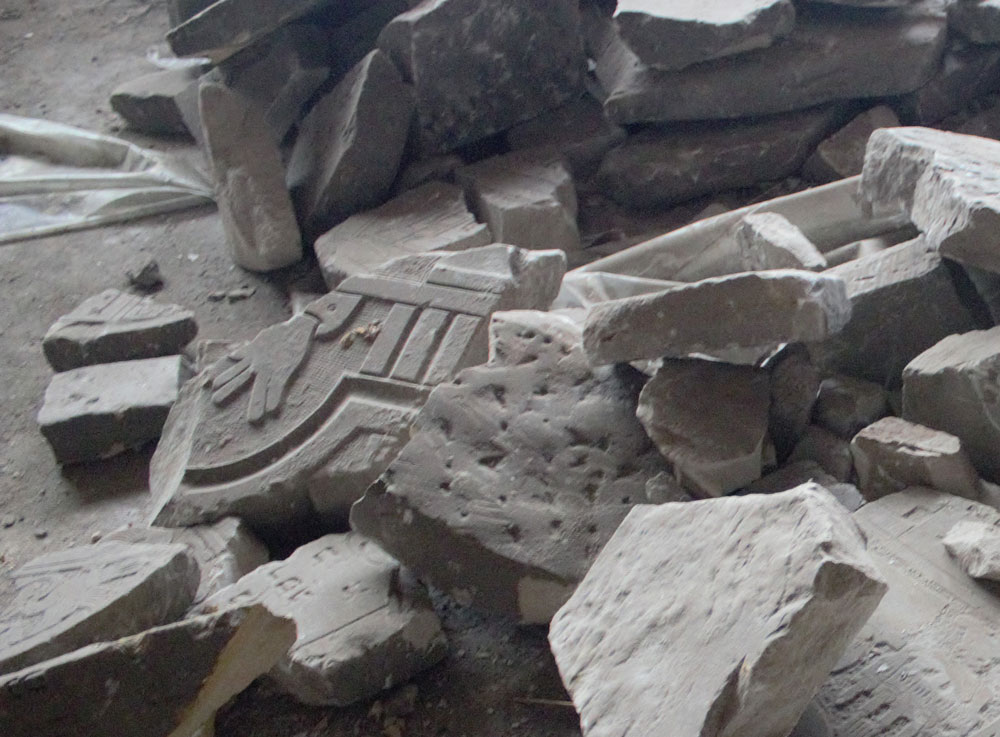 Walking among the headstones was emotional, like being reunited with old friends, who had been on a long and weary journey. Each headstone tells a story. Each represents a life. Even the broken fragments give us clues about the community that once was. Here and there, symbols and letters can be found, and each symbol gives us vital information: 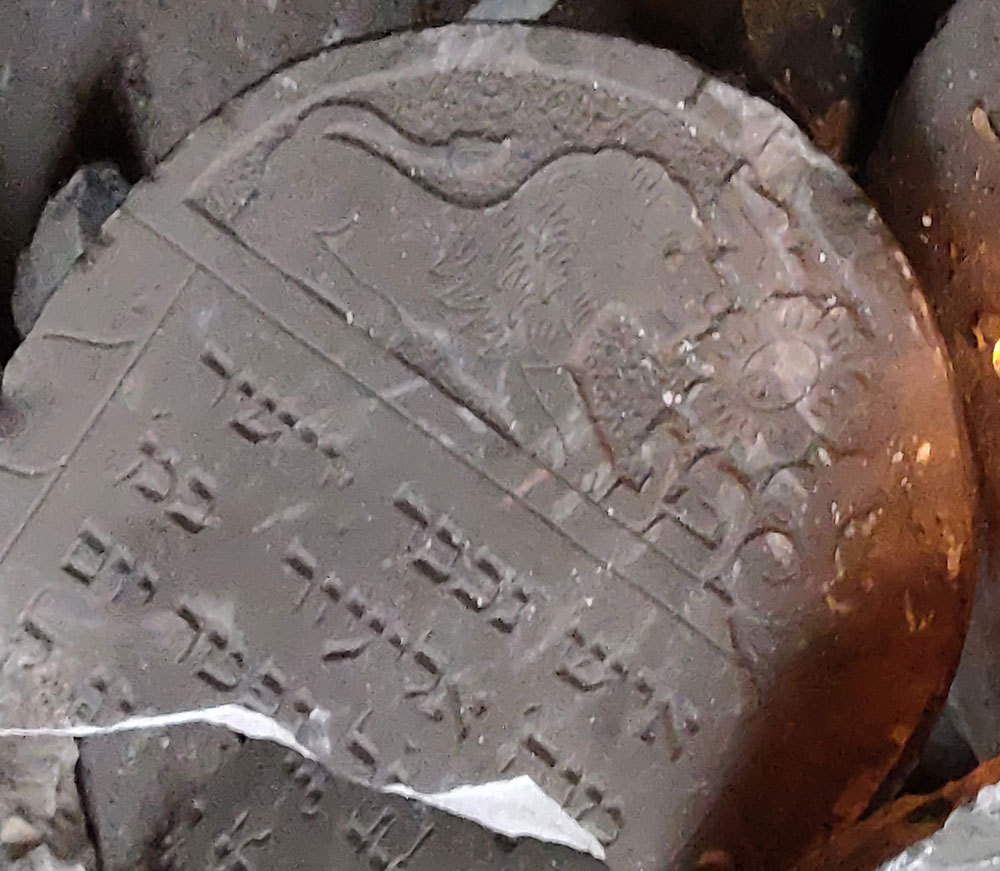 Our meeting with the Municipality was positive and welcoming. We were offered warm hospitality and a generous meal. We raised glasses and toasted to a collaborative future and they told us they would work with us to bring the memorial to fruition. The land beyond the borders of the Soviet running track is land that once was the Jewish cemetery, and it was agreed that this would be the final resting place for the headstones. We know there is still a long way to go, but this is immensely positive progress. We all agreed that the voices at the table were genuine and that with real determination, this project would come to fruition.

In a few weeks the campaign film will be uploaded to The Together Plan website Youtube channel. Funds are already being donated and anyone can support by:

The Together Plan is building a Jewish cultural heritage trail in Belarus, and this memorial will be an important symbol marking the start of the route. We need to talk about Belarus.