Youth on a mission 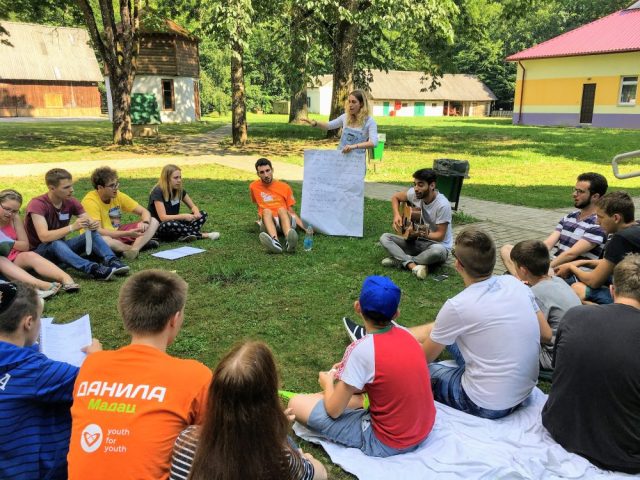 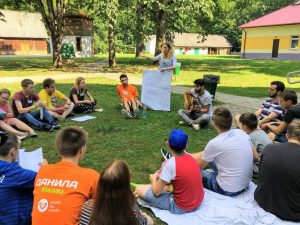 Once upon a time, in the isolated communities of Polotsk and Bobruisk (Belarus), a group of UK youth leaders embarked on a mission that would soon become a buzzing, broad and beautiful hub for young people that is today spreading all across the world. The intention was to share the leadership skills that they had learnt from leading camps across the UK (a skill not unheard of amongst the UK Jewish Community) with their peers in disenfranchised Jewish communities across Belarus, so that they in turn could impart their new found knowledge to the younger generations of their own communities. But that first cohort of young people who ventured to Belarus in 2010, recognised that the work that began on that first camp was far from finished when it was time to leave and return to London. They saw that this journey was not just a one-time gig. Friendships and bonds were forged on that visit, and evolved into the Youth for Youth that we know today. We continued to run annual Summer camps and training programmes in Belarus, over the years that followed, up until the Covid pandemic struck, but the pandemic did not stop us. In fact, it  only made us stronger. With the power of Zoom, we are almost closer than ever. And, like many, have been given the gift of time, to expand and explore new horizons within Youth for Youth. 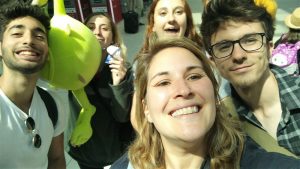 UK Youth for Youth heading to Belarus in 2018

It is probably about time I, the one behind the keys, introduce myself to the readers. My name is Abi Brunner. I am the Youth for Youth Development Coordinator, and, as you may have recognised from the surname, I am the youngest daughter of  TTP’s founder and CEO, Debra Brunner. I have had the privilege of going to Belarus twice. Once in 2014 to attend the Bat Mitzvah of my Bat Mitzvah twin, and then again in 2018, to run and participate in our  summer residential which we called Zoymen (it means ‘seed’ in Yiddish). Click here to see us in action at Zoymen. Since August of this year, I have been working on reshaping Youth for Youth looking at how it can work in our new and ever changing world. With visiting Belarus being more difficult, we have had to imagine new and exciting ways to engage our friends and members. The pandemic has also given the young people of the charity opportunities to engage in massively productive ways, impacting The Together Plan like never before. For example, in Belarus we have Sasha Astashkekich  in Polotsk, who is leading the charge on discovering the Jewish history and heritage there. Sonya Shaipak, who works in the TTP office in Minsk, alongside the rest of the team who are currently digitizing images for virtual heritage tours and exhibitions. In the UK, Nick Trapp has been translating a book about the Minsk Ghetto, Leo Levine, who is the Making History Together co-creator and project coordinator, working on educating children aged 12-13 about the Holocaust in Belarus and the Soviet Union. We have Chloe Kimmel, who is working on the illustrations for the Making History Together packs, Maeve Silver, who has volunteered in the office for almost two years and is now an Archive Services case worker, and Sam Behrens, who has been on multiple summer camps, volunteers in the office and is now doing a piece of historical research on the pogroms in Belarus at the turn of the 20th century with a special interest in Druya and Nesvizh. Jack Baum, who came to the Together Plan to volunteer when he was still at school is the volunteer charity Operations Manager, a role he fulfils while he is studying Chemistry at York University, and Hannah Ryder is the Digital Media Coordinator also a student at York. Our latest addition to the Youth for Youth cohort is Joe De Oliveira in Houston Texas, who is playing a key role in marketing and social media.

This list is just a glimpse into the work Youth for Youth has been doing, and we are forever grateful. Recently, we received a contact from Gaia in Mexico. She is 16 years old and found us on Instagram. Her connection is to Druya in the north of Belarus, where her Great-Grandfather was from. His name was Jaim Barbakow, and he was sent to Argentina before the war as his mother did not want him to join the army. As we are already doing some research connected to Druya (see above), we invited Gaia to get involved and of course she was delighted to have this opportunity. Not only is this of personal interest, but she is playing an active role in the charity and is feeling an invested part of the Youth for Youth community. Since talking more with Gaia she has shared her love of Dia de los Muertos, (which is a Mexican celebration and remembrance of the deceased) and she has shared with us how she honours her Belarusian ancestors on that day. Gaia also shared with us photos of her altar, and a recipe of “Pan de Muerto”, a bread which she makes every year on this day. The significance of this bread stems back to her Great-Grandfather and his Druya heritage as his family owned a flour mill.

The Barbakow family used to live in a Belarussian village, in the North, called Druya. This was before the Second World War. They had a windmill next to the Daugava river, as far as we know they made flour, so we believe they had to bake bread with that flour sometimes.

Click here to read Gaia’s family story where she shares her recipe for Pan de Muerto and explains why El Dia Del Muerto holds such personal significance for her.

If you would like to know more about Youth for Youth please do not hesitate to contact me, Abi Brunner, at abi@thetogetherplan.com.

Youth for Youth will be holding a hybrid end of year social called Latkes and Lights on 12th December with some members meeting in person and others joining online. For more details please click here.