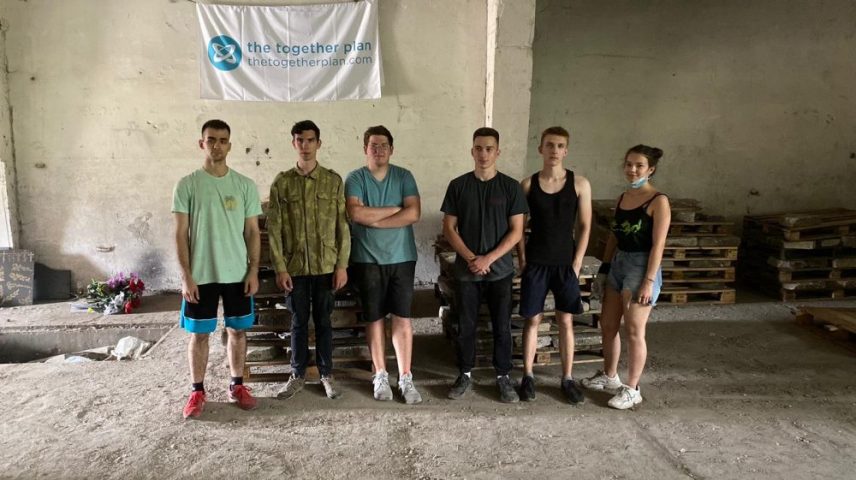 In Belarus, The Together Plan is leading the efforts to build the Jewish Route through the country and is the only AEPJ member working in the field of community capacity building.

A key focus of the Belarus Heritage Route in Belarus, in accordance with The Together Plan’s charitable mission, is to engage communities and individuals in Jewish Cultural and Heritage programmes through dialogue, hands-on activities, volunteering and more. Quite literally the aim is to encourage people to commune around the subject of Jewish heritage.

The Council of Europe is not only the oldest European international organisation, founded in May 1949, it is also the “most European”. The 47 member states cover the whole continent, including countries which span Europe and Asia like Azerbaijan, Georgia, Russia and Turkey.The only gap in this rich and fertile patchwork of peoples and cultures is Belarus.

Belarus, at the geographic centre of Europe, has an immensely rich and fascinating history and the story of the Jewish people goes back 700 years. It is a story we will be telling as the Belarus Jewish Heritage Route develops. In partnership with the AEPJ and the Jewish Heritage Network (a digital agency in the Netherlands) – we are now working to create a digital database that will be the springboard to enable us to create a travel app, create online content for in-person and virtual travel, and to connect people all over the world to the story of the Jews of Belarus. The route will also feature contemporary Jewish activities in Belarus today so that they can be found, visited and supported.

In Belarus, there are many tangible heritage assets (physical buildings, sites, memorials and burial grounds) that can be seen and visited, some which are abandoned and derelict, some which have survived and in some cases have even been restored. But there are also many intangible heritage assets – sites where there was once a building (for example, a Yeshiva or a synagogue) or a cemetery but where nothing exists anymore. There are many places that were destroyed over the years for many different reasons. All of these places, tangible and intangible, are vital in telling the story of the Jews of Belarus, and sadly, few of them are marked. Where possible – we will endeavour to incorporate many of these sites on the Route and we will campaign to have them marked with official signage, one site at a time.

In Brest, in the south of Belarus, following the signing, in June, of a historic agreement that we now have with the Brest Municipality, the first phase works with the headstones that were removed from the Brest-Litovsk Jewish Cemetery has already begun. This is a project that has been a long time coming and one that some thought would never become a reality. The cemetery is a great example of a heritage asset that is intangible. The Brest-Litovsk Jewish Cemetery today is invisible. All of the headstones are no longer there, and there is no public signage to say that the area was a Jewish cemetery. To read about the history of the Brest-Litovsk Jewish cemetery click here.

In 2004, people started to find headstones from the cemetery, all around Brest and began to return them. Regina Simonenko, who heads the organisation Brest Holocaust Foundation, took the lead to coordinate the collection of the returning matzevot and in 2011 an approval was given by the Brest Municipality to build a memorial using the headstones. The Together Plan came to the story of the cemetery in 2014 and for a time gave assistance and supported the efforts, raising funds to; build a fence around the headstones that had been collected, and paid for the collection of several hundred headstones found at a building site. In 2015, Mrs Simonenko took the decision to part company with The Together Plan and for four years we lost a connection although we continued to engage with the Jewish community in Brest and campaign for the cemetery project. With the support of a sponsor in the USA, the son of one of the handfuls of Jews who survived the massacre of the 26,000 strong community in 1941-42, the promise of a memorial is now a reality. After many meetings, the Municipality finally took the decision to terminate the decision that had been given eleven years prior to the Brest Holocaust Foundation, as regretfully, no developments were ever forthcoming, and now with our new agreement in place, we are delighted to say that work has already started in Brest and the project has traction. 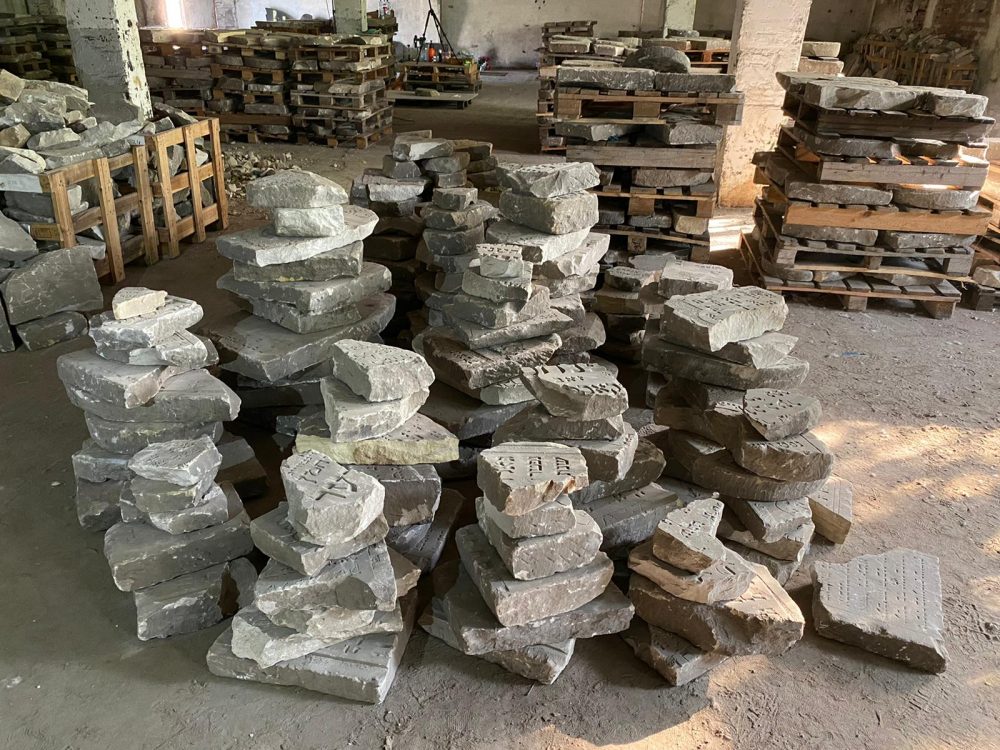 Pieces to be photographed, salvaged from rubble

The first phase of the work is the creation of a digital database that will show every piece of headstone that can be read, whether broken or complete. These headstones have been on a long and traumatic journey, and many are sadly broken, but every piece has the potential to tell us something about the history of the community of the past; who they were, how they lived and when they lived. Just the symbols from the headstones tell us something. Click here to learn more about the symbols on Jewish gravestones.

In November 2020, before we signed our agreement with the Brest Municipality, students from the Hillel youth group in Minsk, along with Regina Simonenko, through grant support from Shalom Corps and the US Commission for Jewish Heritage Abroad, ran an activity to clean some of the headstones in the Brest warehouse, take photographs and create a catalogue for public access. According to Mrs Elena Kulevnich, the Director of Hillel in Minsk, they photographed approximately 300 headstones. Read about their project here. The students worked hard over two days and did a very good job of laying the more complete headstones onto pallets and setting aside all of the broken pieces. At this time their photographs and catalogue are not yet available. 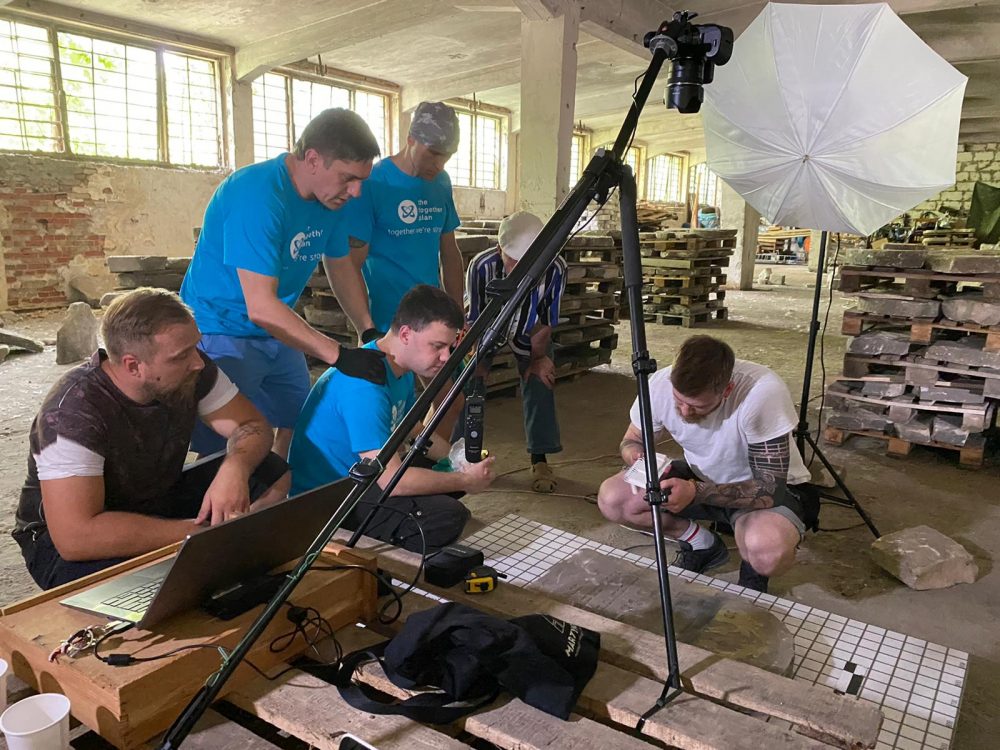 Two weeks ago, on the 15th July, our small team began work in the Brest warehouse. This included our country Director in Belarus and Project Manager Artur Livshyts, Dmitry Shpakovskiy from our Minsk office, two of the architects from the Brest Municipality and Yuri Verkholevski who is the specialist who will be reading the headstones. The team set up the workstation where each piece will be numbered, photographed, weighed and measured. The photographs will be used for translation work and will form the basis of the online catalogue. The weighing and measuring are required for the design stage of the project to enable the designers and civil engineers to collaborate on the creation of a design and the building of a memorial.

It was over thirty degrees in the warehouse and the work was dirty, physical and hard. They went through every piece of headstone which the Hillel students had discarded, and as their article states – there were over a thousand pieces. From the rubble, over five hundred pieces were salvaged and will be photographed and included in the catalogue. The team were in the warehouse for three days and made an excellent start to the work. While they were in Brest, they met with many people who have stories to tell, offering written information and materials that will help to tell the story of the cemetery. 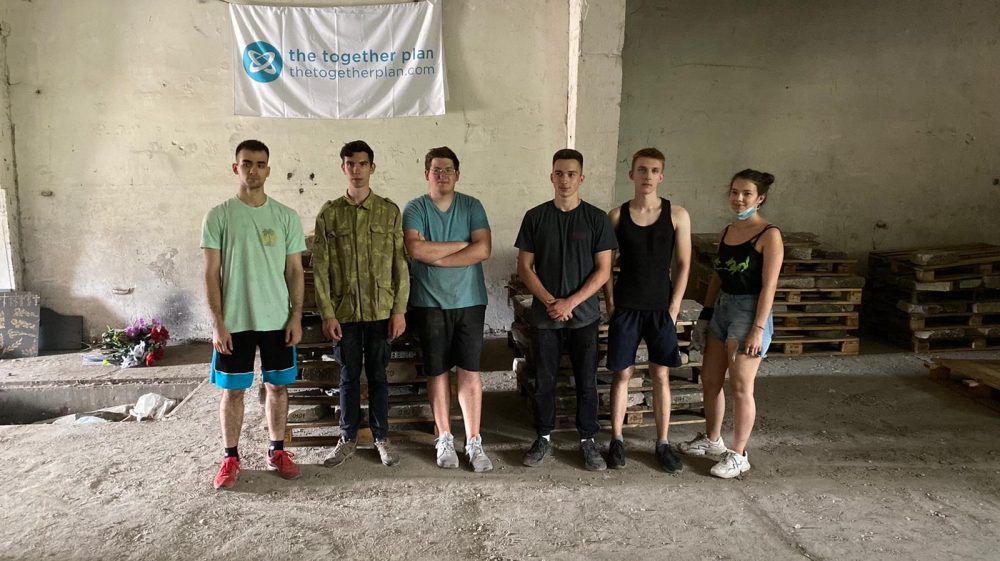 The work of photographing the stones will go on for three to four weeks, and it is giving people in Brest an opportunity to participate and play a role. With the system in place and our core team back in Minsk, the Brest architects are supervising and student volunteers from the Brest Technical University have come in to help. An accident last week, at the local electricity power station, threatened to delay our work causing a cut in power at the warehouse with no hopes to have the power restored for five days. But the team rallied and a generator was sourced enabling the work to continue. The project has only just begun, but already we are seeing people coming together around the Jewish heritage and history of the Brest-Litovsk Jewish Cemetery; local individuals coming forward to share their stories and knowledge, the Brest architects rolling their sleeves up to carry and clean, the students from the university offering to volunteer. This is what we call community capacity building through collaborative efforts and it is exciting progress.

To read the first Report from Brest, click here.

To read an article in Israel Newstand by StandWithUs, click here