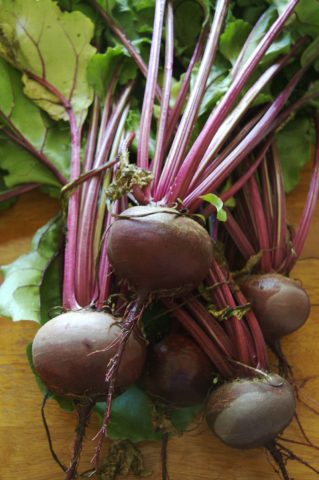 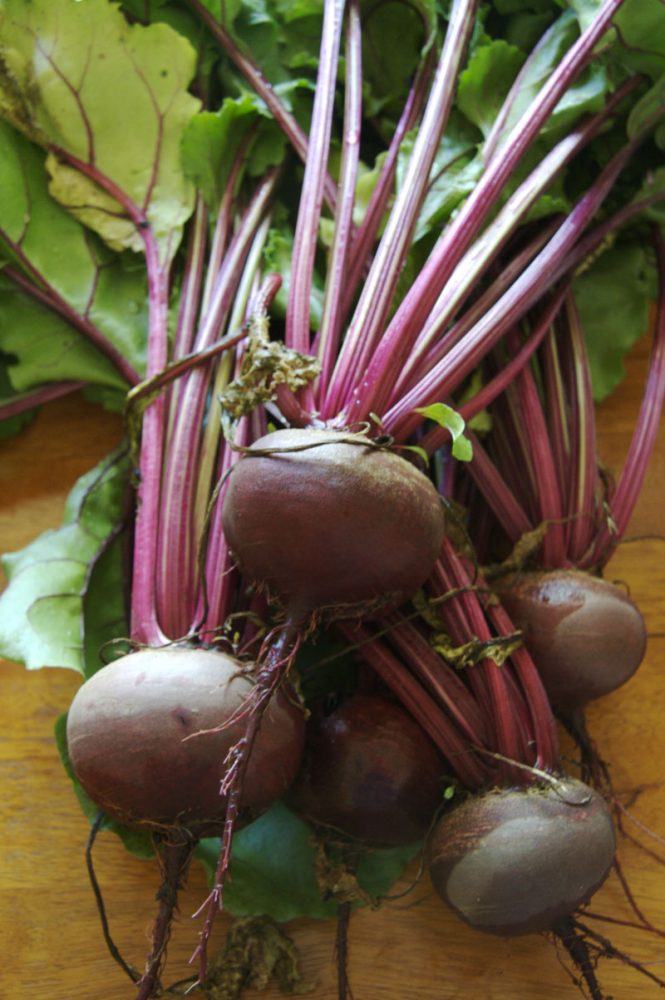 Beetroot is packed with essential nutrients, and are a great source of fibre, folate (vitamin B9), manganese, potassium, iron, and vitamin C. Beetroots and beetroot juice have been associated with numerous health benefits, including improved blood flow and lower blood pressure. So why beetroot and what’s the relationship to Eastern Europe?

Borscht is a soup most of us, and most Jews, associate with Eastern Europe. It derives from a soup originally made by the Slavs from common hogweed (Heracleum sphondylium, also known as cow parsnip), which lent the dish its Slavic name. Growing commonly in damp meadows throughout the north temperate zone, hogweed was used not only as fodder (as its English names suggest) but also for human consumption – from Eastern Europe to Siberia, to northwestern North America.

The Slavs collected hogweed in May and used its roots for stewing with meat, while the stems, leaves and umbels were chopped, covered with water and left in a warm place to ferment. After a few days, lactic and alcoholic fermentation produced a mixture described as “something between beer and sauerkraut”. This concoction was then used for cooking a soup characterized by a mouth-puckering sour taste and pungent smell. As the Polish ethnographer, Łukasz Gołębiowski wrote in 1830, “Poles have been always partial to tart dishes, which are somewhat peculiar to their homeland and vital to their health. 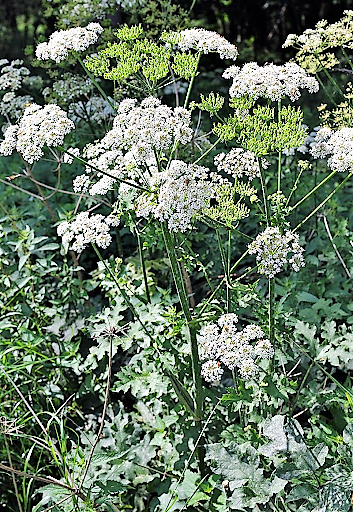 Beet (Beta vulgaris), a plant native to the Mediterranean Basin, was already grown in antiquity. Only the leaves were of culinary use, as the tapered, tough, whitish and bitter-tasting root was considered unfit for human consumption. It is likely that beet greens were used in variants of green borscht long before the invention of the beetroot-based red borscht. Beet varieties with round, red, sweet taproots, known as beetroots, were not reliably reported until the 12th century and did not spread to Eastern Europe before the 16th century. Mikołaj Rej, a Polish Renaissance poet and moralist, included the earliest known Polish recipe for pickled beetroots in his 1568 book, Life of an Honest Man. It would later evolve into ćwikła, or chrain mit burik, a beet-and-horseradish relish popular in Polish and Jewish cuisines. Rej also recommended the “very tasty brine” leftover from beetroot pickling, which was an early version of beet sour. The sour found some applications in Polish folk medicine as a cure for a hangover and – mixed with honey – as a sore throat remedy. Who knew!